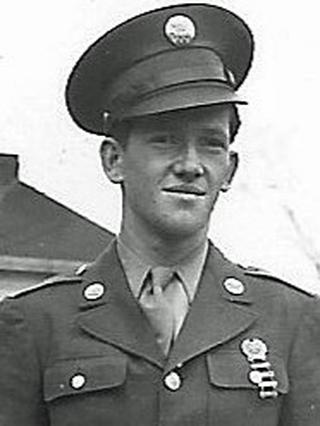 James A. “Jim” MacInnes, 93, of Duluth, passed away peacefully on Saturday, January 4, 2020 at St. Luke’s Hospital. He was born June 17, 1926 in Proctor, MN to parents James and Mildred (Murray) MacInnes. The second of five children, he maintained a close relationship with his siblings throughout his life. He attended Denfeld High School and later Brooks Institute of Photography in Santa Barbara, California. Jim served as a cook in the U.S. Army 1306th Engineer Regiment in WWII, with deployments to France, Germany, and Japan. He married Marilyn Teetz on June 11, 1949 and together they raised five children in West Duluth. He retired from U.S. Steel, where he was an iron worker at MinnTac. Jim was a talented photographer and enjoyed photographing and feeding the myriad wildlife that visited his yard. He also enjoyed tending to his orchard, watching the Twins and Vikings, and was a skilled handyman. He will be remembered fondly by his family and friends for his kindness, humor, and wonderful cooking. Jim was preceded in death by his parents; his beloved wife of 67 years, Marilyn; son, Randy; daughter, Barbara; and sister, Helen Nelson. He is survived by sisters, Evelyn O’Brien and Lois Taylor; brother, Don; sons, Jim (Joy), Dan (Tina), and Mike (Inga-Maj); 17 grandchildren; and 12 great-grandchildren. Visitation 2pm until the 3pm funeral service Tuesday, January 14, 2020 at Williams Lobermeier Boettcher Funeral Home. Military Honors accorded by the Duluth Honor Guard. Burial at Oneota Cemetery.

To send flowers to the family in memory of James MacInnes, please visit our flower store.