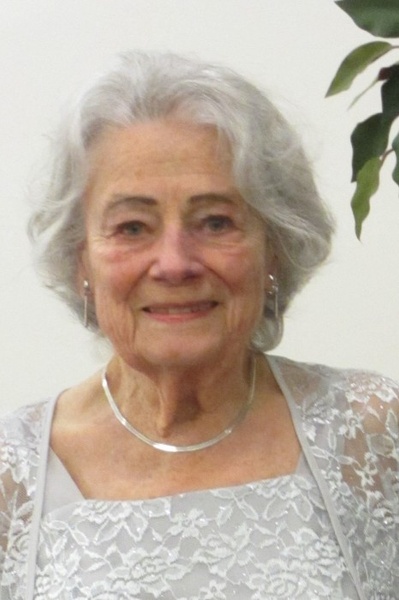 Jane Ellen Sommerfeld (née Ulrich), 93, of Duluth, entered the Church Triumphant on Saturday, December 21, 2019. Jane was born August 26, 1926 to Sarah Louise (Cowper) and Robert Stanley Ulrich in Detroit, Michigan. Her father died when she was 8 months old, several months before the birth of her brother. The children were sent to the family farm in Harbor Beach, Michigan where they were raised by their Aunt Tilly and Uncle Frank Dahlke until Jane was 12. They then returned to Detroit to be with their mother. Jane graduated from Capitol University in Columbus, Ohio with a B.S. degree in Biology. She was employed by Maybury Tuberculosis Sanatorium in Northville, Michigan where she worked in the lab until her marriage to John R. Sommerfeld of Blue Island, Illinois. She was a member of Christ Lutheran Church in Duluth and its Dorcas Circle. She is pre-deceased by her husband, John; her grandson, Steven Carl Sommerfeld; her great-granddaughter, Reagan Jane Newman and her dear brother, Dr. Robert S. Ulrich of Shelby Township, Michigan. She is survived by her children, Steven (Anita) of Sheridan, OR, Daniel (Susan) of Duluth and Lisbeth (Douglas) Vukson of Hermantown; seven grandchildren,14 great-grandchildren; her sister-in-law, Jeanne Ulrich; her niece, Aimee (Lance) Lindsay of Malibu, CA and their son Cameron and her niece Alisha Ulrich and her husband Dr. John Ratey of Boston, MA. Jane’s family would like to thank Dr. Gene Karwoski, Dr. Matthew Emme, Donna, Mckala and the entire St. Luke’s Home Hospice team for their compassionate care. Memorials preferred to Christ Lutheran Church or Lake Superior Life Care Center. Visitation 10 a.m. until the 11 a.m. Memorial service, Friday, January 3, 2020 at Christ Lutheran Church. 2415 Ensign St. Rev Gary DeSha officiating. Burial in Park Hill Cemetery. Arrangements by Williams Lobermeier Boettcher Funeral Home.

To send flowers to the family in memory of Jane Sommerfeld, please visit our flower store.