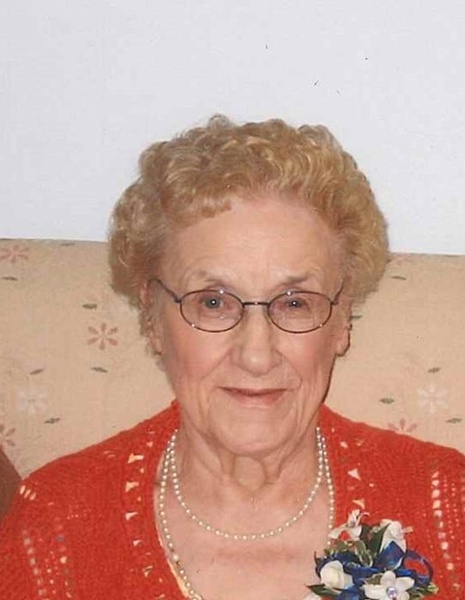 Janet Bachnik Rintala, 94, of Duluth, died December 15, 2017 at Diamond Willow Assisted Living-Lester Park, Duluth, MN. She had been a resident of Diamond Willow since 2012.  Prior to moving to Diamond Willow she had resided in Lincoln Park since 1962.  Janet was born January 14, 1923 in Kitzville, MN to parents Louis and Frances Pakiz Bachnik. Janet was a graduate of Hibbing High School and the College of State Scholastica with a  registered nursing degree.  She married Ted W. Rintala on May 1, 1948.  Janet worked at Hibbing General Hospital, Hibbing, MN, St. Mary’s Hospital, Duluth, MN and retired as a Public Health Nurse for St. Louis County. She was a member of Holy Family Catholic Church. She was predeceased by her husband Ted W. Rintala, in 2000 and her son-in-law Jimmy Carter, in 2014.   She is survived by her daughters, Lorraine Krauss-Rintala(Jed) of Minnetonka, MN and Carol Carter of Fernandina Beach, FL; grandchildren Rebecca Krauss, Nicole Krauss and Shannon Carter Childress (Daryl) and many nieces and nephews. Mass of Christian Burial Saturday, January 6, 2018, 2 pm at Holy Family Catholic Church  2430 W. 3rd St., Duluth. Inurnment Oneota Cemetery. In lieu of flowers the family has requested memorials to the College of St. Scholastica Nursing Program, 1200 Kenwood Avenue, Duluth, MN 55811.  Williams-Lobermeier-Boettcher Funeral Home is entrusted with final care.

To send flowers to the family in memory of Janet Rintala, please visit our flower store.