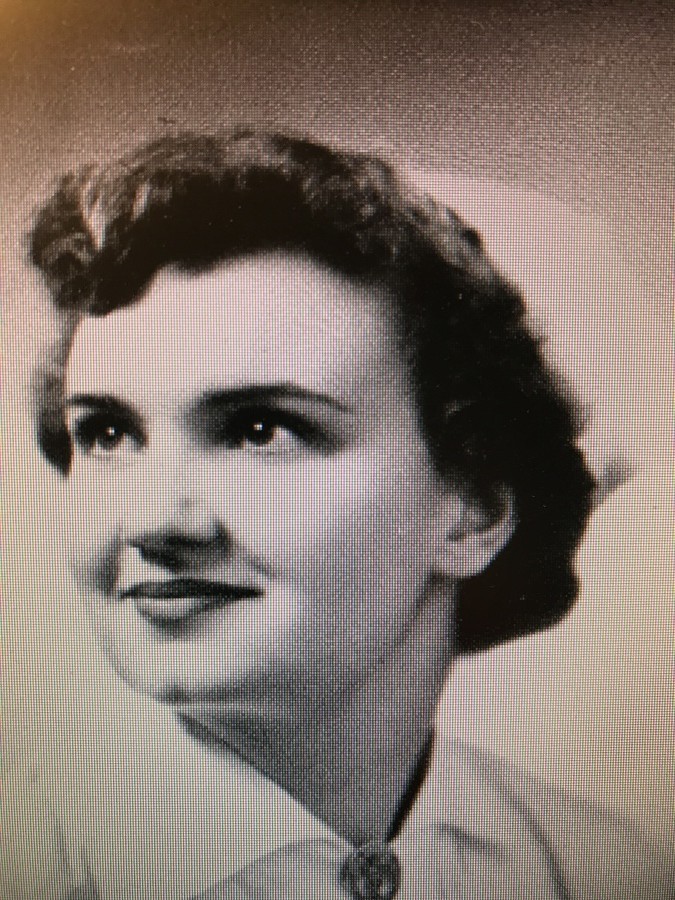 Janet L. Wick, 86, of Duluth, entered her final rest on Tuesday, October 10, 2017 at the Viewcrest Health Center. She was born on January 31, 1931 in Ashland, WI to Ellen and Clifford Newquist.  When she was a child, Janet moved with her family to Duluth where she attended school and was a cheerleader. She graduated from Duluth East High School in 1949. After graduating from St. Luke’s School of Nursing in 1952, Janet worked as a charge nurse on the post-op floor at St. Luke’s Hospital. She married Marvin Wick on June 28, 1952 in Duluth. She lived in Japan for two years while her husband was in the Air Force. She enjoyed traveling to the western part of the country and flying with her husband in his float plane. She also enjoyed gardening and reading about Egyptian history. Above all, Janet was a devoted wife, mother, grandmother and great-grandmother and spent many years at home raising and caring for her family. Janet was preceded in death by her husband of 58 years, Marvin Wick; her mother, Ellen (Lax) Newquist Clark; her father, Clifford Newquist and stepfather, Ed Clark. She was loved and will be sadly missed by her daughters, Elizabeth (Jeffrey) Blix and Terri Wick; sons, Steven (Maureen) Wick and David (Annette) Wick; granddaughters, Megan (Brian) Andres, Casie (Wayne) Wick and Ashley Wick; a grandson, Ben Wick; great-granddaughters, Zoe and Harper Andres; a great-grandson, Watson Wick; a sister, Sharon Wallack, all living in Duluth. Visitation 10 until the 11 a.m. funeral service Friday, October 13, 2017 in the Williams Lobermeier Boettcher Funeral Home. Rev John W. Samuelson officiating. Entombment in Calvary Cemetery, Duluth. Memorials to St. Luke’s Hospice or St. Luke’s Auxiliary would be appreciated.

To send flowers to the family in memory of Janet Wick, please visit our flower store.