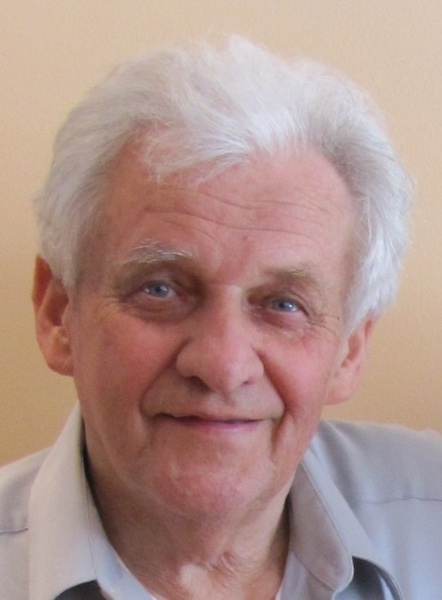 Jan “John” Misiak, age 77, Duluth, died peacefully February 24, 2018 at Essentia St. Marys, Duluth after a four year struggle with esophageal cancer. He was born in Kempno, Poland on March 12, 1940 to Jan and Pelegia Misiak.  When John was about five years old, the Gestapo came pounding on the door and took them all to a concentration camp. After World War II, the family came to America and settled in Moose Lake.  He was a graduate of Moose Lake High School.  John was a meat cutter, working for several different stores and finally retiring from Super One in 2003. He married Carol Holm on September 5, 1964. He was a member of Holy Family Catholic Church.  John enjoyed making sausage for family and friends, had wonderful vegetable gardens, loved spending time with his “baby”, a  Farmall Tractor, which Carol sometimes wondered if he loved his tractor more than her. He is preceded in death by his parents, brothers Ted, Henry, Joe and two infant brothers. John is survived by his wife Carol, daughter Terri(Gordy)Jensen, son David(Becky), grandchildren Nikki and Jason Jensen, David Misiak II, Kayle Witzman, step grandchildren Samantha and Forest Hulter and last but not least great granddaughter Shiloh, sisters in law Bernice and Janina, several nieces and nephews, other family members and close friends.  Johns’ family would like to especially thank Scott and Vickie Schneider, Ron and Theresa Lorentz, Ray and Jill Soderholm, Carl Grussendorf, Ken and Gail Wallace and Vaughn and Denise Regstad.  Also a special thank you to Dr. Millikan and Johns’ angel, Missy, from the oncology dept at Essentia Health, who took such good care of him. Visitation Sunday March 4, 2018, 5-7PM at Holy Family Catholic Church, 2430 W. 3rd St, Duluth.  Visitation continues from 10AM until the 11AM Mass of Christian Burial Monday March 5, at Holy Family.  Burial at Hermantown Cemetery.  Williams-Lobermeier-Boettcher-Funeral Home is entrusted with final care.

To send flowers to the family in memory of Jan "John" Misiak, please visit our flower store.