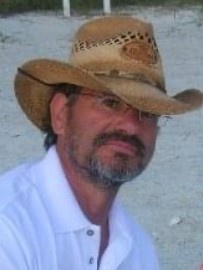 Jeffrey F. Pavlich, 70, of Duluth, died Wednesday, May 19, 2021 in St. Luke’s Hospital following a brief illness. Jeff was born in Duluth on March 30, 1951 to Frank and Catherine (Lucore) Pavlich. Jeff was a 1969 graduate of Denfeld High School and earned a Bachelors of Arts degree from UMD. Jeff retired from the U.S Postal Service where he was a rural route mail carrier. He was a co-owner of West End Liquors with his brother, Mark. He loved spending time with his family, watching the Vikings and Twins, coaching baseball and sitting on the beach. He was preceded in death by his parents, his wife, Victoria and daughter, Sabrina. Jeff is survived by his children, Chad (Kate) Pavlich of Duluth, Kyla (Josh) Adams of Chicago and Corey (Courtney) Pavlich of Duluth; grandchildren, Anika (Kyle) Guthrie, Dominic (Delaney) Pavlich, Alex, Caleb and Mason Adams, Paxton and Graylin Pavlich, Jaden and Alexea Reimer and Gannon Gustafson; two brothers, Mark and Tim (Yvonne) both of Duluth. Private family services will be held. Burial in Oneota Cemetery. Arrangements by Williams Lobermeier Boettcher Funeral Home.

To send flowers to the family in memory of Jeffrey Pavlich, please visit our flower store.