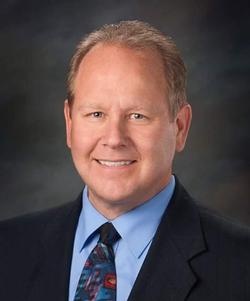 John P. Galo, age 49, Duluth, died January 15, 2017 at St. Luke's Hospital as a result of a heart attack on January, 6th. He was born in Duluth on September 17, 1967 to Michael and Karen Galo. John was a 1986 graduate of Two Harbors High School and in 1990 earned his BA Degree in Business Management from The College of St. Scholastica. He joined Minnesota Power in 1987 and has held various positions in Fleet Maintenance and General Operations. For four years in the late 1990s, he served as assistant business agent for the IBEW Local 31. In that capacity, he gained comprehensive knowledge of the union contract, as well as extensive skills for maintaining productive working relationships between the union and the company. John left that position to work at the M.L. Hibbard facility and became manager of the Duluth Steam District No. 2 in 2000. He was named manager-Labor Relations in 2005. His HR responsibilities were expanded in 2008 to include Employee Relations and Disability Management and expanded again in 2012 with the addition of Talent Acquisition. In 2015 he was promoted to director-employee/labor relations and talent acquisition. John had a passion for sports. He loved the MN Vikings, MN Wild and UMD Bulldogs. He could often be seen at UMD football and hockey games. He was a member of Allete's Yellow Ribbon Committee and was a graduate of the Carlson School, "The Emerging Leader" and Minnesota Management Institute (MMI) programs as well as the company's Pillars initiative. John is preceded in death by his father, Michael and aunt, Joan Nashlund. He is survived by his beloved sons Zachary and Carter, best friend and forever love Barbie Westerberg and her children Bethany and Meghan, his mother Karen, brother Michael(Jo'Elle)and children Cassondra and Christopher, sister Julie(Dave)Melde and children Richard and Tyler, sister Mariann(Sean)Pavlich and children Timothy, Alec, Callan and Ryan, his aunt Rozsika Fazekas, and cousins Richard Fazekas and Roland Fazekas all of Hungary. To acknowledge John's passion for sports, the family requests those coming to the service wear MN Vikings, MN Wild or UMD Bulldog clothing or colors. Even though John's life has ended, he has given the gift of life to many others through the donation of his tissues and eyes. The family would like to thank all of the nurses and doctors on the 6 west ICU center for being so loving, dedicated and kind to John and his family. Visitation from noon until the 1PM Celebration of Life Service Friday Jan 20, 2017 at The Vinyard Church, 1533 W. Arrowhead Road, Duluth. Memorials to Amber Wing or Life Source, in care of the family, are preferred.

To send flowers to the family in memory of John Galo, please visit our flower store.