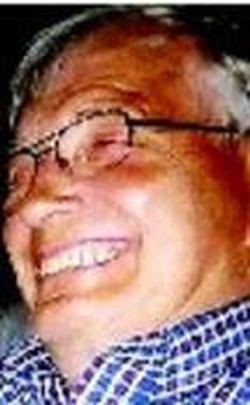 John E. Jablonski, 76, of Deerwood St, died Saturday, October 18, 2014 at St. Mary's Hospital in the presence of his family. He was born on November 12, 1937 to Edward and Constanse Jablonski in Duluth. John was a 1955 graduate of St. Jeans Baptiste Catholic School and worked for Elliott's Meats in the warehouse and also a truck driver. John retired from Miner's Super One Foods where he was a truck driver. John loved driving, hunting, fishing and spending time at the cabin in Cromwell. He was a member of St. Joseph's Catholic Church in Duluth Heights and the Teamsters Local. He was preceded in death by his parents and wife, Joyce. He is survived by three sons, Dan (Jennifer) of Esko, Jerry (Linda Johnson) of Duluth and Keith of Blaine, MN; two granddaughters, Kiana and Taylor; fiancAC., Luanne Johnson; a brother, Bob (Barb) of Shakopee, MN; a sister, Tootie (Fred) Vanholbeck of Caldwell, TX; many nieces, nephews and friends. Visitation 5 to 7 p.m. Wednesday, October 22 in Williams Lobermeier Boettcher Funeral Home and will continue from 10 until the 11 a.m. Mass of Christian Burial Thursday at St. Josephs Catholic Church of Duluth Heights, 151 West Linden St. Fr Bill Fider officiating. Burial in Polish Catholic Cemetery. In lieu of flowers, memorials to the donor's choice would be appreciated.

To send flowers to the family in memory of John Jablonski, please visit our flower store.