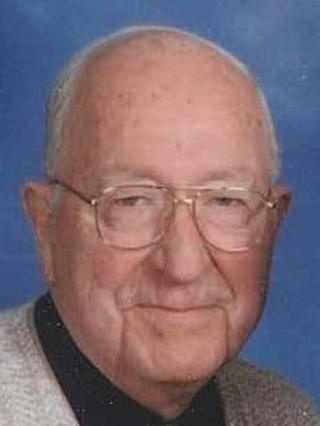 John J. Larson, Jr. (88), of Duluth, MN passed away peacefully on Thursday, April 15, at St. Luke’s Hospital after a short battle with cancer.

John was born July 9, 1932, in Minneapolis, MN. He moved to Port Wing, WI, in 1940 and graduated from South Shore High School (Port Wing) in 1951. He was a member of Salem Lutheran Church it’s Choir, Men’s Club and Church Council, as well as the American Legion.

John joined the Air Force in 1953 and was assigned to a base in Bremerhaven, Germany for three years. John began his Guard career in July, 1958 when he joined the 148th Duluth Air National Guard as an Operations Clerk. During his career, CM Sgt Larson served as Operations Supervisor, First Sergeant of the 179th, FIS Operations Superintendent, member of the Senior Enlisted Advisory Council, Headquarters Minnesota Air National Guard, Senior Airfield Manager, he retired as an Air Technician on July 31, 1987. In January, 1988 he became the Commander and Chief for the State of Minnesota.

He is survived by his beloved wife of 65 years, Mary (Haug) Larson, his children, Kerry Larson (Xiuping), Kevin Larson (Bobbi), Kathy Sandstedt (Jim), Kris Larson, Kent Larson (Dawnmarie), his ten grandchildren (and spouses), eleven great-grandchildren (and one on the way), along with sister’s, Bette Hanson, Carol Smith, brother, Bill Larson (Mona) and many nieces and nephews

To send flowers to the family in memory of John Larson Jr., please visit our flower store.