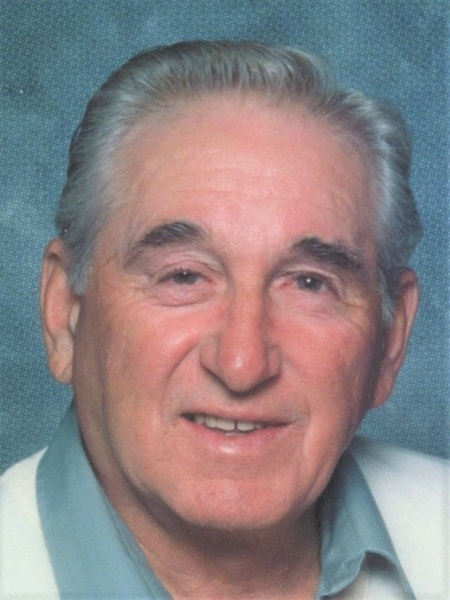 John R. “Jack” Tourville, 88, a lifelong resident of Duluth, died Sunday, January 26, 2020. He was born to Ransom and Teresa Tourville, February 5, 1931, in West Allis, WI, moving to Duluth as a small child. He graduated from St. Jean Baptiste School in 1949. In his teen years, he ski jumped for the Duluth Ski Club. He was a veteran of the US Army, Korean conflict. He married Beverly J. LeBlanc on February 2, 1957. He retired in 1994 as a Engineer with the DWP Railroad. He was a member of St. Lawrence Catholic Church, Knights of Columbus, French Club, American Legion Post 71, DWP Retirement Club, Lake Avenue Loafers, and bowled in several Duluth Leagues. John and his wife spent their winters in Lake Havasu City, AZ. He loved music, fishing, golfing and spending time with his abundance of cherished friends. He will be remembered for his “over the top” zest for life which was contagious to all who had the pleasure of knowing him. He was preceded in death by his parents and in-laws; brothers, Robert Ransom and Duane, sisters-in-law Lorraine Rogers, Yvonne Campbell and Odile Kobus, brothers-in-law Norman Rettler, Gayle Gilberg, Earl Rogers, Danny Campbell and James Kobus. He is survived by his wife, Beverly; sons, Rick (Mary) and Brian; daughters, Yvette Vanda, Nanette (Robert) Tervo and Jennifer (Michael) Rederer; grandchildren, Rachel (James) Campbell, Emily Vanda, Sarah (Stephen) Mondry, Dillon Tourville, Marissa Tourville, Renee Rederer and Randi (Matthew) Sheehan; great-grandson, Grady Walsh; sisters, Joan Steeves, Margaret Mullins and Carol Rettler; sisters-in-law, Donnamae Gilberg, Marcella Simpson and Barbara Tourville; several nieces and nephews. The family wishes to thank all the healthcare providers and the Solvay Hospice House for your compassion and support. Visitation 10 am until the 11 am Mass of Christian Burial Friday, January 31, 2020 at St. Lawrence Catholic Church, 2410 Morris Thomas Road. Rev Fr John Petrich officiating. Burial at Calvary Cemetery. In lieu of flowers, donations may be given in his honor to the Solvay Hospice House in Duluth. Arrangements by Williams Lobermeier Boettcher Funeral Home.

To send flowers to the family in memory of John Tourville, please visit our flower store.