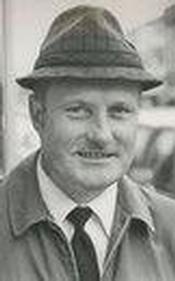 John "Leonard" Wuotila, 85, of Tioga St, died Friday, May 18, 2012 at Diamond Willow in Lester Park. He was born November 6, 1926 in Floodwood, Minn, John was the son of the late John and Senia (Holmes) Wuotila. After graduating from Floodwood High School, he entered military service as a seaman with the US Navy, discharged in 1946. His early careers included timber cruiser in the Sierra Nevada Mountains, Berkeley, CA and funeral director and licensed embalmer in Tulare, CA. John received his Bachelor of Science degree in Botany at the University of Denver and attended the USDA's graduate school in New York for Entomology. In Honolulu, HI he met his wife, Marion Recksiedler. After marriage and children, they moved to California and then Duluth. He worked for the USDA's plant protection and quarantine department in Duluth for 35 years, inspecting foreign arrival ships for insect pests. He traveled extensively for his career including New Zealand, Chile, Israel & Japan. John enjoyed traveling, fishing in Alaska, spending time at the family cabin on the Whiteface Reservoir, making clocks, and socializing with fellow Finns. He was preceded in death by his brothers, Andrew, Arthur and Walter Wuotila. He is survived by his wife, Marion; daughter, Lisa (Todd) Nelson of Duluth; son, John W. Wuotila of Asia; sister, Edna (Wendall) Peterson of Farmington, MN and grandsons Ian & Dane Nelson of Duluth. The family would like to thank the staff at Diamond Willow and Lakeshore's memory care unit for their wonderful care. Visitation will be from 10 until the 11 a.m. funeral service Thursday, May 24, 2012 in Kenwood Lutheran Church. 324 W. Cleveland St. Burial in VanBuren Cemetery, Floodwood, Minn. To sign the online guestbook, please visit www.wlbfuneralhome.com. Arrangements by Williams Lobermeier Boettcher Funeral Home.

To send flowers to the family in memory of John Wuotila, please visit our flower store.