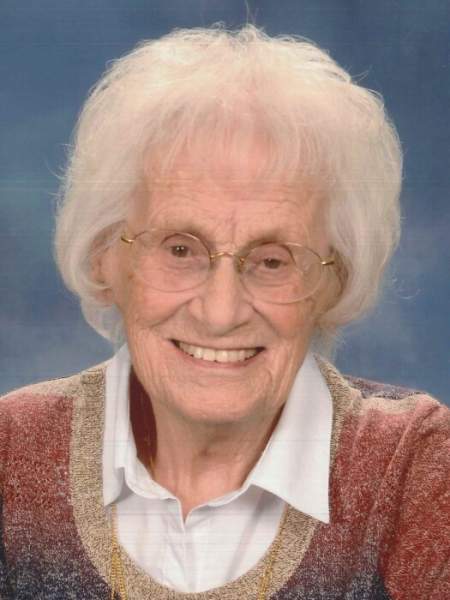 Josephine “Dolly” Florence Foucault, 93, formally of Edgewood Vista Independent Living, passed away peacefully Saturday, July 24, 2021 at Essentia Health surrounded by her family. Dolly was born on March 15, 1928 in Duluth to Michael and Lucille Rukavina. She grew up in New Duluth among a large family and lost her father at an early age. Dolly attended St. Jean’s Catholic school. She married the love of her life, Jim Foucault, on April 23, 1949. They had 67 happy years together until Jim’s passing in 2016. Dolly and Jim lived in West Duluth most of their child rearing years, welcoming eight children into their home and their lives. Dolly was a member of St. James Catholic Church during their time in West Duluth. After retiring they moved to Piedmont Heights where she was a member of St. Lawrence Catholic Church. When the majority of her children were old enough, Dolly entered the workforce in the Duluth Public Schools, the Head Start program, and was an instrumental part of initiating the St Louis County Day Care Program and worked within it for 18 years until her retirement. Upon her retirement Jim and Dolly spent many enjoyable and adventurous years together. Their activities ranged from traveling the world to spending time with children and grandchildren at their cabin on Caribou Lake. They spent a number of winters in Florida with her brothers and their spouses. If you knew Dolly you knew that she loved her family. She loved to watch it grow and expand from the two of them to eight children, their spouses, grandchildren (24) and great-grandchildren (29). She welcomed each new member of the family with love. Dolly loved to cook and bake for her expanding family, making baked beans, polochinkas, pigs in the blankets and most especially the annual event of potica making for Christmas. Her special blessing of the dough before pulling became a treasured family tradition.  Dolly loved the large gatherings of her family all year but most especially at Christmas. The overnight gatherings at her house on Christmas Eve and the visit of Santa became a part of the family legend. Dolly knitted and crocheted countless items for family and friends throughout her life. Her hands were always busy finding ways to provide for all those she loved. It’s not possible to capture all the facets of her life in a brief synopsis, it’s enough to say that she loved large, she lived fully and she touched the lives of so many in a positive way. She will be greatly missed. She had an insatiable love for family. Whether you were her son, daughter, son-in-law, daughter-in-law, grandchild or great grandchild, you knew and felt her incredible love. Dolly was preceded in death by her husband, Jim Foucault; her parents; brothers and sisters as well as her grandson, Zachary Foucault and daughter-in-law Pamela Foucault. Dolly is survived by two daughters, Debra (Craig) Johnson and Janet (Michael) Peterson both of Duluth; six sons, James (Jeannine) of Medford, Ore., Robert (Kate) of Minneapolis, Thomas (Deborah) of Esko, David of Richland, Wash., Richard (Barbara) of Ramsey, Minn., John (Julie) of Duluth; 23 grandchildren and 29 great-grandchildren, a sister-in-law, Jackie Rukavina along with many nieces, nephews and friends. Visitation 5 to 7 p.m. Wednesday July 28, 2021 at Williams Lobermeier Boettcher Funeral Home with Rosary Service at 6:30 p.m. There will be no visitation in the church on Thursday. Mass of Christian Burial 11 a.m. Thursday July 29, 2021 at St. Lawrence Catholic Church. 2410 Morris Thomas Road. Rev Fr William Fider officiating. Burial at Oneota Cemetery. Memorials to St. Lawrence Catholic Church, ALS MN Chapter, JDRF, would be appreciated. To sign the guestbook on-line, visit www.wlbfuneralhome.com. Arrangements by Williams Lobermeier Boettcher Funeral Home.

To send flowers to the family in memory of Josephine "Dolly" Foucault, please visit our flower store.

Recitation of the Rosary