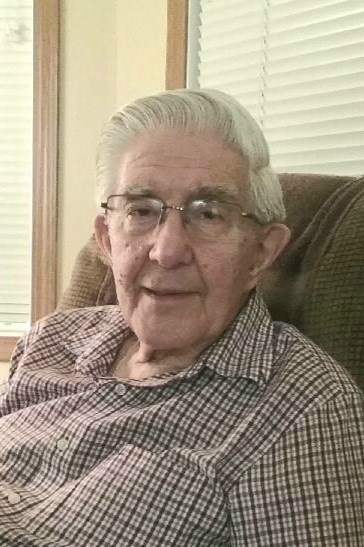 Joseph “Joe” C. Kaspszak, 91, formerly of Piedmont Heights, passed away Thursday, November 18, 2021 at Edgewood Vista Assisted Living. Joe was born on December 12, 1929 in Duluth to Stanley T. and Victoria C. (Krzewinski) Kaspszak. Joe was a graduate of Moose Lake High School and served in the Army during the Korean War. He married Bernadine “Bernie” Dahl in Duluth on July 23, 1960. Joe retired in 1992 from the U. S. Postal Service where he worked as a postal clerk for 37 years. Joe was a member of St. Lawrence Catholic Church and a longtime member of the Friars. He enjoyed watching the Minnesota Vikings, Twins and Timberwolves, spending time outdoors working in the yard, walks and reading several newspapers. He was preceded in death by his parents and a brother, Frank. Joe is survived by his loving wife, Bernie; three children, Carol (Glenn) Johnson of Palm Coast, FL, Stephen (Sharlene) Kaspszak of Duluth and Sharon (Patrick) Tracey of Duluth; he was Grandpa Joe” to Glenn and Grant Johnson, Brian, Matthew and Will Tracey; many nieces, nephews and cousins. Private family services will be held at St. Lawrence Catholic Church. Burial in Polish Catholic Cemetery with Military Honors by the Duluth Honor Guard. A celebration of Joe’s life will be held in Spring 2022. In lieu of flowers, memorials to St. Lawrence Catholic Church would be appreciated. Arrangements by Williams Lobermeier Boettcher Funeral Home.

To send flowers to the family in memory of Joseph "Joe" Kaspszak, please visit our flower store.