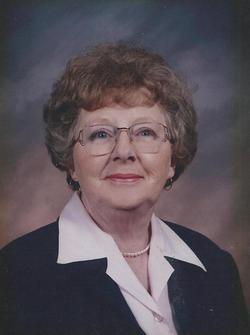 Joyce Anne Swenson (von Lehe), of Duluth, passed away on Feb. 17, 2017, in the Benedictine Health Center. She was born in 1928 to Irene and Oscar von Lehe in Le Sueur, MN, where she spent her formative years. Joyce attended Hamline University in St. Paul, MN, and earned a BA degree in English. After graduation, she taught high-school English in several Minnesota communities. For two summers while in college, Joyce lived and worked in Glacier National Park, an experience she treasured; throughout her life she often returned to enjoy "her mountains." In 1950, Joyce married Gordon D. Swenson, and in 1953 they moved to Duluth, where she became active in the community. Before her 33-year battle with rheumatoid arthritis, she served on the boards of the Friends of the Duluth Library, Junior League of Duluth, Multiple Sclerosis Association, and the Women's Association of the Duluth Superior Symphony. In addition, she volunteered for the United Way, Cub Scouts, PTAs, and several church groups. She is a member of Pilgrim Congregational Church. Joyce was preceded in death by her brother, Donald von Lehe, of Henderson, MN, and her sister, Doris Bauleke, of Novato, CA. She is survived by her husband of 66 years, two sonsa�"William (Megan Peterson) of Edina and John (Sarah Hurst) of Dulutha�"and by three grandchildrena�"Andrew, Kyra, and Jason Swenson. The family thanks the kind and caring staff of the "3 East" wing of St. Mary's Medical Center and the Marywood wing of Benedictine Health Center. The family will hold a celebration of Joyce's life this summer. Although Joyce dearly loved flowers and tending her gardens, she treasured the written word; as such, in lieu of flowers, Joyce requests any memorials be sent to the Duluth Public Library Foundation.

To send flowers to the family in memory of Joyce Swenson, please visit our flower store.