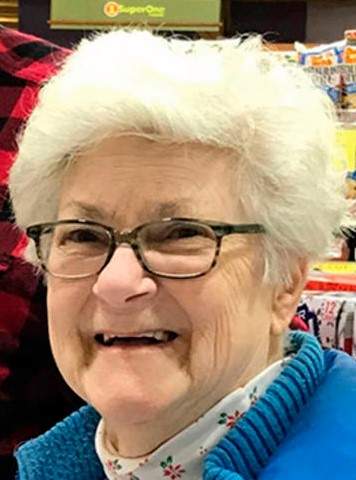 Judith A. Tucker, 75, of Duluth, died Tuesday, December 25, 2018 at the North Shores Estates surrounded by her family. Judy was born on April 12, 1943 in New Bedford, Mass. Her parents were William and Lidia (Ponte) Souza. Judy married Radford "Rad" Tucker on June 8, 1974 in Dubuque, Iowa. Judy was a member of Spirit of God Lutheran Church and was active with TEC and the Boy Scouts. She was preceded in death by her parents, three brothers and her husband, Rad. She is survived by her daughters, Heather (David) During of Duluth and Sherri; three sons, Randy Hotchkin of Duluth, Trent (Carole) Hotchkin of Duluth and Robert Tucker of Somerset, WI; several grandchildren and great-grandchildren. Visitation 4 p.m. until the 5:30 p.m. Celebration of Life service Thursday, January 3, 2019 in Williams Lobermeier Boettcher Funeral Home. Burial in the Minnesota State Veterans Cemetery-Duluth.

To send flowers to the family in memory of Judith Tucker, please visit our flower store.