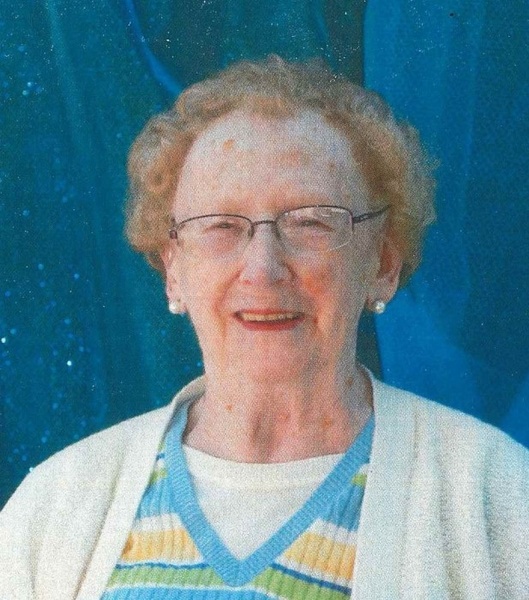 June L. Brooks, 93, of Duluth, passed away Thursday, June 13, 2019 at the Chris Jensen Health and Rehabilitation Center. June was born in Duluth on Feb. 18, 1926 to Gunnar and Myrtle (Jones) Pearson. In her younger years, the family moved several times due to her father’s work. As a forward thinking young woman June’s wishes were to graduate with her senior class, so she stayed with a local family in Platteville, WI to finish her schooling, separating her from her family.  June later returned to Duluth and worked as a nurse’s aide at St. Mary’s Hospital, under Dr. Sanford at the Duluth Clinic after that June went to work at St. Luke’s Hospital where she was as a lab tech for many years and later retired. During her retirement, June still had more to offer her community, so she started to work for the School Lunch Program in West Duluth.  While living at Faith Haven Apartments, June was involved in many activities and was a floor supervisor. She attended Our Savior’s Lutheran Church where she was active with the Altar Guild and the Friend Newsletter. She enjoyed camping, bus trips and working with her hands; sewing, knitting, crocheting, cross stitch, embroidering and crewel work. She also kept busy with jig saw puzzles, word finds and walking anywhere her feet would take her. June was known for her spunky personality, her red hair and her true unfailing love she had for her family, especially her grandchildren and great-grandchildren. She was preceded in death by her parents; beloved husband, Elmer Kari; husband, Gordon Castonguay, husband, Frank Brooks; a daughter, Diane Tullgren; stepmother, Ruth Pearson. June is survived by a daughter, Judy (Stephen) Ario of Brookston, MN; sisters, Marilyn (Bill) Hewitt of Portage, WI, Linda Pearson of Safety Harbor, FL and Lorraine (Bud) Meech of Centennial, CO; brothers, Stan (Faye) Pearson of Newport News, Virginia and Gilbert Pearson of Newport Richie, FL ; a son-in-law, Kim (Wendy) Tullgren of Duluth; three grandchildren, Brian (Jenni) Ario of Rosemount, MN, Tracy (Bryan) Dunn of Mission, TX and Steph (Adam) Schminski of Cloquet, MN; seven great-grandchildren. Visitation 1 p.m. until the 2 p.m. Memorial service Friday, June 21, 2019 at Williams Lobermeier Boettcher Funeral Home, 3208 West 3rd Street.  Burial at the Finnish Lutheran Cemetery in Finlayson, MN.

To send flowers to the family in memory of June Brooks, please visit our flower store.