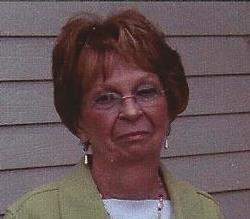 With her family at her side, our loving mother and grandmother, June Walters, 85, died peacefully on February 3, 2014, leaving behind her beloved husband Raymond; her daughter, Kim (David) Sykes of Cloquet; her sons, David and Rick (Kathy) Nelson of Duluth, and Todd Nelson of Orlando, Florida; and her step-sons, Joe (Kelleen) Walters of Coon Rapids and David Walters of Eugene, Oregon. June was born to Anne Carlson Stevenson on June 10, 1928. In kindergarten, she met her lifelong friends: Marcy, Lila, and Marlys. Throughout the years, they remained a loyal group. June graduated from Central High School in Duluth. June was not stereotypical, but rather adventurous and inquisitive. She loved classical music and the beauty of nature and art, creating beautiful water color paintings. Her artsy side was also evident in the way she loved clothes and looking fashionable. June loved and was protective of all animals. June married Eugene Nelson on August 2, 1947, and with him raised 4 children, as well as was a "second mother" to her daughter's friend, Barb Radich. June was fiercely protective of her children, and was thoughtful in listening to their needs. As an active member of the Gary/New Duluth community, June was a cub scout den mother; and the family often went sledding, camping, picnicking, and spent many fun days at Pattison Park as well as enjoying the beauty of Lake Superior. Beyond June's role as homemaker and mother, she worked for 19 years as a nursing assistant at Nopeming Nursing Home, retiring in 1988. On February 10, 1979, she married Ray Walters. She died one week before their 35th wedding anniversary. Ray and June spent many years of their retired life traveling to Hawaii, Oregon, Kansas City, and the Lake Superior Circle Tour, as well as taking bus trips to various places. They spent many happy hours enjoying the company of their dogs - Pixie Jane, Sadie, and Honey. Also, June and Ray were exemplary volunteers - working at the Salvation Army, mentoring as foster grandparents, and supporting Animal Allies and the Humane Society. With her hairstylist skills and compassion for the needs of others, June volunteered to cut inmates' hair at the prison. Family get-togethers at Christmas and other holidays were always memorable - the great food, decorations, and hiring Santa Claus for the grand kids to enjoy - all left special memories for her children. June was preceded in death by her mother, father, her first husband, Eugene, and step-son, Steven. Surviving besides her children are grandchildren Lisa (Joel) Greer; Laura (Merle) Mauer; Joanna (Russell) Hodny; Nathan Sykes, Jill (Damian) Smith, Krista (Ryan) Blomquist, Jocelyn (Brian) Axtell , and Christine Nelson; as well as great-grandchildren: Brittany and Cory Greer; Jacob, Merle and Ronan Mauer; Aleksander, Kyla, and Colton Hodny; Noah and Autumn Blomquist; Shelby and Aurie Smith, and Toby Nelson. A private family service was held for June Walters on Feb. 7th, with burial to be this spring at Calvary Cemetery in Superior. Our special thanks to Joy and the rest of the Community Memorial Hospital staff. Your death leaves a void in our lives, and we will dearly miss you, June.

To send flowers to the family in memory of June Walters, please visit our flower store.