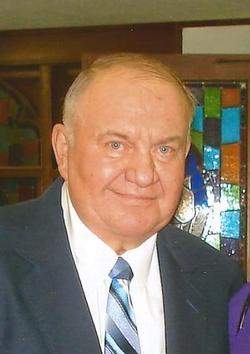 Karl Gustaf WIcklund, 74, of Smithville passed away on Sunday, April 10, 2016 in Duluth. Karl was born in Duluth on December 22, 1941, the youngest of two children born to Ingmar and Louise Freda Wicklund Douville. Karl lived in Smithville for 72 years, graduating from Morgan Park High School in 1960. Karl married his high school sweetheart, Mary Louise Brophy in 1963. Karl was proud to serve his country as an army reservist. For a majority of Karl's career, he was the purchasing agent for Lloyd Currie & Sons, a local candy and tobacco wholesaler. An avid outdoorsman, Karl most loved fishing in the Boundary Waters and had many stories of his adventures up north with his friends. Karl loved to cut a deal on a car or truck having owned too many trucks to count. Karl loved his family and was so proud to be the grandpa of three grandchildren, Gretchen, Teresa and Augustus "Gus". He was proceeded in death by his parents and his wife. He is survived by sister Suzanne (Llewallen) Landsverk ,Cloquet , daughters, Laura L. (David) Schauer and Amy M. Wicklund, 3 grandchildren all of Duluth and many nieces and nephews. Visitation 1PM until the 2PM Memorial Service Thursday April 14, at Williams-Lobermeier-Boettcher-Funeral Home, 3208 W. 3Rd St., Duluth.

To send flowers to the family in memory of Karl Wicklund, please visit our flower store.