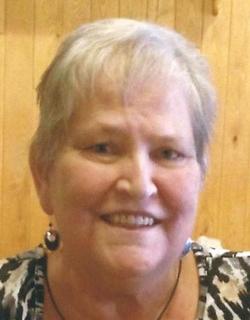 Kathleen Rae (Hermanson) Stevens, age 68, Duluth, died April 7, 2015 in Duluth. She was born in Duluth on October 9, 1946 to Carl and Betty Hermanson. Kathy was a 1964 graduate of Duluth Central High School. After graduation, she worked for St. Louis County Social Services, retiring in 2008. During her working years Kathy was involved in union activities, holding offices in Local AFSCME 66, Council 96, and was a founding member of the AFSCME Council 5 Board, when three state councils merged into one. Her greatest joy was raising her two boys, Gene and Ric, watching them become men and seeing the lives they lead. She enjoyed spending time with her sons, their wives, her granddaughters and great-granddaughter. Kathy's friends were very important to her. She also loved short road trips, traveling and many crafting activities. Kathy was preceded in death by her mother in 1968, her father in 2013 and her sister Carla Ball in 2010. She is survived by her sons Gene(Karen), Ric (Tanya), brother Bill(Karen)Hermanson, granddaughters Bobby Jo McCarthy(Luke), Linda Stevens and great-granddaughter Taylor, many nieces , nephews, aunts, uncles, cousins and many special friends including Vi Peterson and Carol(Teena)Smith. Visitation 10AM until the 11AM Memorial Service Thursday April 16 at Williams-Lobermeier-Boettcher Funeral Home. Inurnment Park Hill Cemetery. The family would like to thank St. Luke's Hospice, September House and Dr. Lamaster for the great care.

To send flowers to the family in memory of Kathleen Stevens, please visit our flower store.