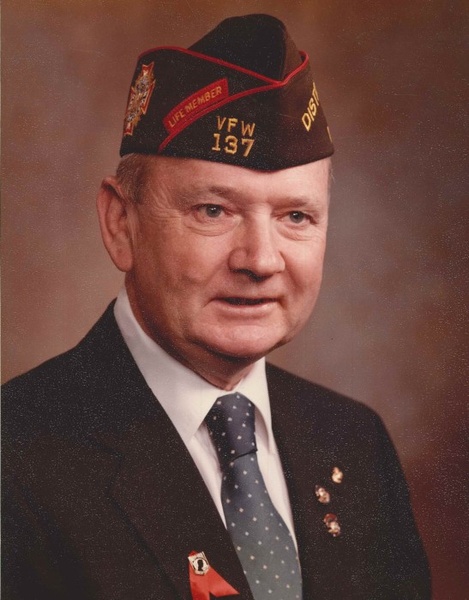 Kenneth Jack “Chick” Hendrickson, age 90, of Duluth, passed away on Thursday, October 4, 2018 at the Veteran’s Home in Silver Bay. Chick, the son of Lyder and Anna Sophia (Thvedt) Hendrickson, was born on January 13, 1928 in Cloquet, MN. He graduated from Cloquet High School in 1945. He married his high school sweetheart, Phyllis J. (Johnson) Hendrickson, on July 7, 1950 in Santa Anna, California, just prior to Chick being deployed to Korea. He served our country 22 years through the Marine Corps, retiring as Captain in 1969, after serving in both Korea and Vietnam. He was an active lifetime member of the VFW Post #137, serving as Post Commander, 8th District Commander, and M.O.C. PT #5 Seam Squirrel. He was a member of Westminster Presbyterian Church. He enjoyed fishing, watching the Twins, chuckling at his one liners, and playing cards with his family. He was preceded in death by his wife, Phyllis, his parents; two brothers, Henry and Arthur Hendrickson; and seven sisters, Elizabeth Levchuk, Nellie Proulx, Gladyce Parcells, Bernice McKenzie, Jeanne Kirchof, Lil Beutler, and Mary Ann Barr. He is survived by three children; two sons, Charles E. of Fridley, MN and Kevin J. of Duluth; a daughter, Julie A. (Kirk) Pugsley of Coffey, MO. He is blessed with four grandchildren, Eric (Amy) Hendrickson, Jennie (Steve) Danielson, Briana (Brian) Hendrickson, and Christi (Gary) Kmecik, and six great grandchildren and many nieces and nephews. The family wishes to extend heartfelt appreciation and gratitude to the care givers at the Veteran’s Home in Silver Bay. In lieu of flowers, please consider making a donation in Chick’s memory to the VFW Post 137 in Duluth, MN. Visitation 10 am until the 11 am funeral service on Saturday, October 13th, 2018 in the Williams Lobermeier Boettcher Funeral Home, 3208 West 3rd St Duluth, MN. Military Honors accorded by the Duluth Honor Guard.

To send flowers to the family in memory of Kenneth Hendrickson, please visit our flower store.