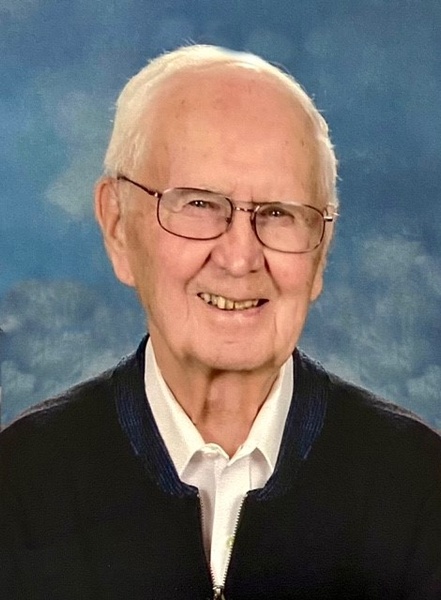 Ken and Barb spent many years traveling together and wintered in Yuma, AZ for over 20 years. Ken was a member of the Knights of Columbus, Council 6783, where he served as financial secretary; he was a volunteer and Eucharistic Minister at St. Mary’s/Essentia Health for 25 years, was a member of Lake Avenue Loafers, and The American Legion, Post 71. Ken loved the outdoors and enjoyed trips to the BWCA, cross-country skiing, golfing, and watching sporting events, especially his grandkids playing a variety of sports.

Ken is preceded in death by his parents; two brothers, Bob and Rollie. He is survived by his wife, Barbara; children, Nancie (Chet) Thomas, Craig (Deb) Johnson, Lori (Brian) Peterson, and Kenneth Jr. (Susie) Johnson; nine grandchildren, 12 great-grandchildren with another one expected in October. Ken’s family was his greatest treasure.

The family would like to thank the staff at Elysian Senior Homes and Kindred Hospice for their loving and compassionate care.

In lieu of flowers, memorial preferred to the Alzheimer’s Association, https://act.alz.org