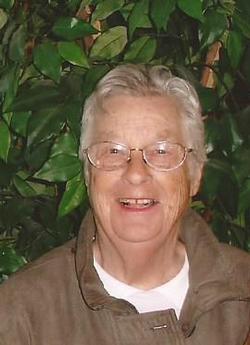 Larrayne R. Milich, 89, of Chambersburg Ave, passed away peacefully Monday February 29, 2016. She was born in Duluth on November 1, 1926 to John and Rose Hamski. She was a 1944 graduate of Denfeld High School and married Michael J. Milich on July 19, 1947 in Duluth. Larrayne was a member of St. Lawrence Catholic Church and retired from Target where she had worked as a cashier for over 25 years. She was preceded in death by her parents; her husband, Michael and a sister, Beatrice Winkel. She is survived by three sons, David (Kathy) of Nevada, MO, Gary (Julie) and Terry (Janet) both of Duluth; two brothers, Walter Hamski of TN and Raymond Hamski of Duluth; seven grandchildren and eight great-grandchildren. Larrayne's wishes are for a private family service. Burial in Oneota Cemetery. Memorials to St. Lawrence Catholic Church would be appreciated. To sign the guestbook on-line, visit www.wlbfuneralhome.com. Williams Lobermeier Boettcher Funeral Home is entrusted with final care.

To order memorial trees or send flowers to the family in memory of Larrayne Milich, please visit our flower store.