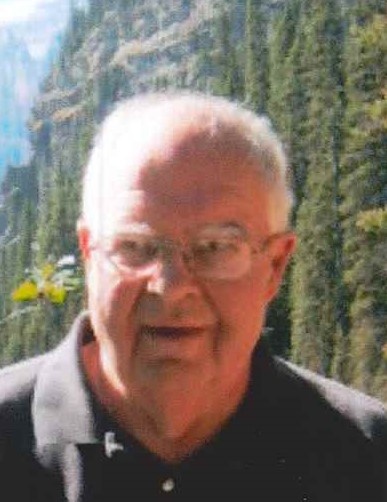 Larry Johnson, 77, of Duluth, passed away peacefully at Solvay Hospice House on Monday, April 20, 2020 with his family by his side. He was born March 15, 1943 in Duluth to Lorrayne (Olson) and John Johnson. Larry graduated from Denfeld High School in 1961. He went on to graduate from UMD with a Bachelor’s degree in Elementary Education, later to receive his Master’s degree in Elementary Education Administration. On June 18, 1966 he was joined in marriage to Susan Holmstrom in Duluth.  Larry and Sue moved to Wrenshall, MN in 1974 and enjoyed their little country home and hobby farm for 15 years before moving back to Duluth in 1989. He began his career as an elementary school teacher in the fall of 1967, teaching in several Duluth schools. In 1986, he started his career as a principal at Lakewood school. From 1990 to 2000, he was the principal at Stowe school. After retirement from the Duluth School System in 2000, Larry taught at St. Scholastica in the education department working with student teachers until retirement in 2005. Larry loved his career in education and felt so blessed to enjoy many years doing what he loved. Larry and Sue took joy in their time at their cabin on the Gunflint Trail with family and friends. In their retirement, they also explored the US and Canada on many car trips. Larry was there for anyone in need. He was a Christian with a servant’s heart which was reflected in his volunteer activities such as Salvation Army bell ringer for many years and Ruby’s Pantry Coordinator at Mission Creek Church. Larry was preceded in death by his parents; mother and father-in-law, Connie and Everett Holmstrom. He will be greatly missed by his wife of 53 years, Susan; two children, Nick Johnson and Lesley (Douglas) Paulson; a sister, Carol (Dennie) Anderson; granddaughters, Amanda Freeman, Catherine Hansen and Bronte Hansen; great-grandchildren, Connor and Charlotte; a niece, Kristin Dosan; a nephew, Michael Dosan; a brother and sister-in-law, Richard and Anabel Holmstrom; his “little fishing buddy” nephew, Everett Holmstrom. The family would like to thank Solvay Hospice House for their kind and compassionate care of Larry. They also want to express their appreciation to family and friends for all the love, support and prayers for Larry in his journey with cancer. A memorial service will be held at Mission Creek Church at a later date.

To send flowers to the family in memory of Larry Johnson, please visit our flower store.