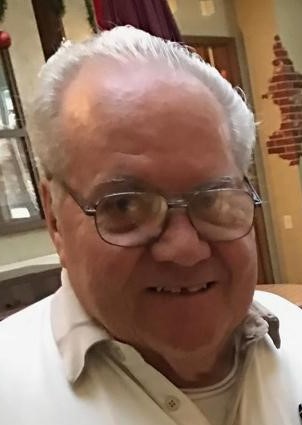 Lee Thomas Fawcett Jr, 80, of Duluth, died Sunday, June 5, 2022 in Edgewood Vista surrounded by his family. Lee was born on September 6, 1941 to Lee Thomas Sr and Nellie (Valentine) Fawcett in Duluth. He was a 1960 graduate of Central High School and attended Duluth Business University where he received an accounting degree. Lee worked in the accounting department at Clyde Iron for 25 years until its closing and then worked for Northern Engine and Supply in the accounts payable department, retiring in 2011. Lee married Marilyn Honkala on October 26, 1963 in St. Peters Catholic Church. Lee is a member of St. Lawrence Catholic Church, a past member and former secretary of the Eagles Club, and was secretary and treasurer of the Lake Avenue Loafers, Proctor Moose, Clyde Iron Reunion organizer, and organized many benefits for people in the Duluth community. Lee was an officer and was one of the original organizer’s of the Aerie Lake Association. Lee loved spending time at his cabin and Camp Bumpa. The family wants to send a special thanks to Cheryl Schinigoi for all she did for Lee and his family during their time of need. He was preceded in death by his parents. Lee is survived by his wife, Marilyn; sons, Todd (Sheila) Fawcett, Kevin (Stephanie) Fawcett and Terry (Janet) Fawcett; grandchildren, Markous, Luke (Christine), Nathan (Angel), Nick (Brittney), Kayla (Melissa), Reilly, Kaitlyn and Hailey; several great-grandchildren. Visitation will be from 10 until the 11 a.m. Mass of Christian Burial Friday, June 10, 2022 in St. Lawrence Catholic Church. 2410 Morris Thomas Rd. Rev Fr Jeff Huard officiating. Burial in Calvary Cemetery.  Memorials to the Alzheimer’s Association would be appreciated. Arrangements by Williams Lobermeier Boettcher Funeral Home.

To send flowers to the family in memory of Lee Thomas Fawcett, please visit our flower store.