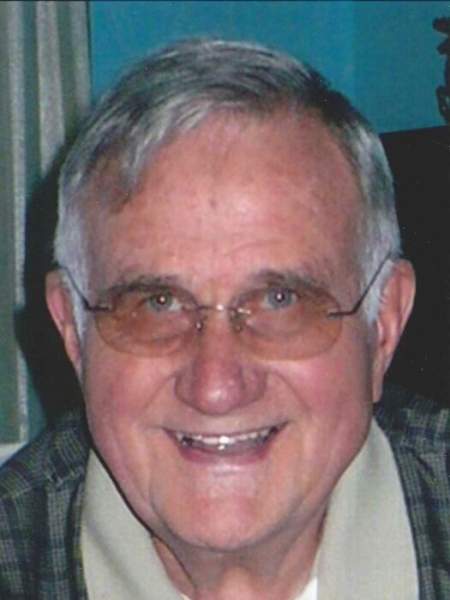 Leo Charles Ellison entered eternity on October 26, 2020. He was born on May 10, 1933 in Superior, WI to Carl and Florence (Dahl) Ellison. When he was seven years of age, his parents started him with accordion lessons which would prove to be the basis for his life’s work in music. As a junior in high school, Leo won a series of contests in Superior, Duluth and Minneapolis, which culminated in an appearance on the Ted Mack Original Amateur Hour in New Your City. He graduated from Superior Central High School, Superior State Teachers College and received his Master of Music degree with honors from Northwestern University in Chicago. He taught music in Webster, WI, Orono, MN, Woodland Junior High and East High in Duluth. He was noted for giving his students a foundation in music theory and instilling in them a love of good music. In 1956 he entered military service with the US Navy. He served four years active duty in Guam and Skagg’s Island, California as a commissioned officer, followed by 18 years as a naval reservist, retiring with the rank of Commander. He was a lifetime member of Military Officers of America. Leo directed several church choirs, including Lester Park Methodist, First Lutheran and Lakeside Presbyterian in Duluth and Desert Hills Lutheran Choir in Arizona. While he was the Director of the Green Valley Community Chorus, the choir was invited to represent the State of Arizona at the celebration of the 250th anniversary of Mozart’s birth in Salzburg and Vienna. On this trip the chorus sang in St. Peter’s Basilica in the Vatican. He enjoyed the outdoors, fishing at Long Lake with friends and family, walking the dogs around UMD and camping when he was on summer Reserve Training. In 1990, he received the “Distinguished Alumnus Award” from the University of Wisconsin, Superior. Upon his retirement from teaching, Mayor Gary Doty (a former student) declared the date of his retirement as “Leo Ellison Day” for the city of Duluth. In 1956, Leo married Joan Hendrickson, with whom he had three children. They were married until Joan’s sudden death in 1980. He is survived by his wife of 39 years, Diane; children, David (Terri), Judith, and Jeffrey (Rachel); grandchildren, Zachary, Ben, Lydia (Nick) Stone, Sam, Poppy, Johanna and Matt (Kayla) Ellison; great-grandchildren, Jonah and Caleb Stone and Scarlett Ellison; as well as step-children, Mona (Randy) Delly, Laurie (Mark) Miller, Randine Lewis and Kurt Anderson; step-grandchildren, Christa (Ann) Maxwell, Nathan, Eric and Maryn Miller, Jason (Mayu) Nyquist, Leah (Tony) Mootz, Theresa (Jesse) Johnson, Kyra and Lars Lewis; and step-great-grandchildren, Brooks Maxwell, Carter Woelm, Brecken Cottrell, Rain and Lake Nyquist, Odin and Abram Johnson and Davin Mootz. The family would like to thank the staff at Marywood, Benedictine Living Community and Essentia’s Hospice program, for their excellent and loving care. At his request, Leo’s body is being donated to Mayo Clinic’s educational program. Memorials in Leo’s honor may be given to the Michael J. Fox Parkinson’s Foundation, PO Box 5014, Hagertown, MD 21741, Animal Allies, 4006 Airport Road, Duluth, MN 55811, or First Lutheran music fund, 1100 E. Superior St., Duluth, MN 55802. Arrangements by Williams Lobermeier Boettcher Funeral Home.

To send flowers to the family in memory of Leo Ellison, please visit our flower store.