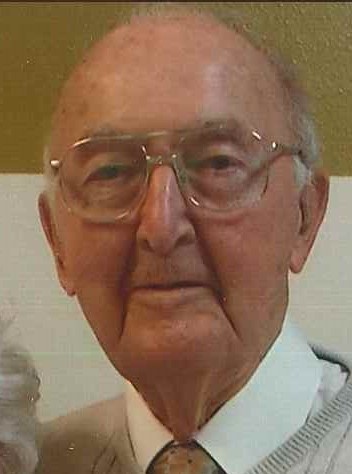 Lester Beach, 97, of Duluth, died on Monday January 6, 2020 from complications from a fall.  He was born on June 10, 1922 in Shelby County, MO.  He married Marlyn Anderson on July 1, 1961 in Duluth.  Lester attended a one room school through 8th grade and graduated from Leonard High School in 1939.  He attended Business College in Kansas City, MO and worked until he was called to service in the Army Air Force in October 1942.  Lester served in Europe until October 1945.  Lester attended college on the G.I. Bill and graduated from the University of MO, Rolla, with an Electrical Engineering Degree in 1949.  He worked for IBM from 1949 until retiring in 1981.  In 1950 he was transferred to the Duluth IBM office.  Lester mentored many boys through the Boy’s Brigade, going on camping and canoeing trips.  He and Maryln mentored many young adult couples through bible studies for twenty years.  Lester was an active member of First Covenant Church in Duluth and has served in various rolls on boards and committees.  Since retiring, he has volunteered in many rolls in Duluth and Texas including teaching 55 Alive and volunteering at St. Luke’s Hospital.  He and Marlyn started spending winters in Texas in 1983 and continued until 2019.

He was preceded in death by his parents William and Elma Beach, sister Elsie Hicks, brothers Charles and Weldon, and a brother-in-law Delmar Kinzebach.

He is survived by his wife Marlyn, sisters Mary Van Fleet, Edna Kinzebach, and Carolyn Beach, and a sister-in-law Edra Beach.

To send flowers to the family in memory of Lester Beach, please visit our flower store.