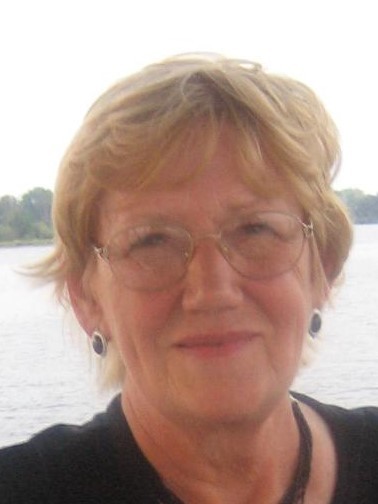 Linda “Ma” Kay Wilander, 76, of Duluth, passed away peacefully on Wednesday, March 4, 2020 with family by her side. Linda was born January 20, 1944 in Rice Lake, WI to Arnold and Avis (Geer) Mickelson. She was raised in Ridgeland, WI and attended Colfax High School and Barron High Schools. She moved to the Twin Cities and worked for Univac that made computers which were instrumental in the Apollo 11 moon landing. She married Roger R.D. Wilander on August 23, 1969 and raised two daughters in Duluth. She took classes at Duluth Technical College for broadcasting and then went on to obtain her insurance license and worked as an agent. Linda enjoyed spending time with family and friends, and cheering on her daughters at various sporting events. She loved all animals, enjoyed traveling, and checking in with friends on her computer. You would often find her watching mystery shows, listening to the scanner, and watching TV ministers on Sundays. She will be known for her generous heart, great sense of humor, and a gift of gab. She was preceded in death by her parents; husband, Roger, on December 20, 2003; and a brother, Rodger Mickelson. She is survived by her two daughters, Margaret “Maggie” Wilander and Megan Wilander both of Duluth; two sisters, Ann (Joe) Premo of Indianapolis, IN and Jean (Arlyn) Kuesel of Bloomer, WI; a brother, Randy (Lisa) Mickelson of Ridgeland, WI; as well as nieces, nephews, and other relatives and friends. Visitation 10:00 a.m. until the 11:00 a.m. funeral service Saturday, March 14, 2020 at Bethany Community Church, 6700 Grand Ave. Burial in Oneota Cemetery. Arrangements by Williams Lobermeier Boettcher Funeral Home.

To order memorial trees or send flowers to the family in memory of Linda "Ma" Wilander, please visit our flower store.