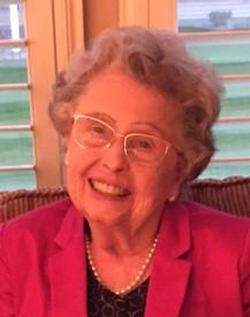 Linne Ann Peleski, 88, of Maple Grove , MN formerly of Duluth, died Friday, January 6, 2017 in Brooklyn Park, MN. Linne was born to Emil and Elna (Janzon) Lindstrom in Duluth. She was a 1946 graduate of Denfeld High School. Linne was joined in marriage to Harold V. Peleski on July 14, 1951 in her parents' home and they resided in Mt. Clemens MI for 13 years before returning to Duluth. Linne worked as a bookkeeper for various companies including, Rosholt Equipment and Doyle Insurance Agency in her earlier years. Later she worked with Vern Westin Home Builders and retired from the Harper Eaton Law Firm where she was the office manager. Her greatest love was caring for her family and friends. Linne was a long time member of Woodland United Methodist Church where she was active with women's circles, taught Sunday school and was a Sunday school superintendent. Later she attended Lakeview Covenant Church and Emmanuel Baptist Church. She was preceded in death by her parents, infant brother and sister and in June of 2000 by her husband. She is survived by her children, Karen (David) Sedgeman of Maple Grove, MN and Dale (Kathy) Peleski of Lake Elmo, MN; two sisters, Vivian (Bill) Fortner of Annandale, MN and Diane Lindstrom of Esko, MN; two grandchildren, Joel (Noreen) Sedgeman and Kara Sedgeman; many nieces and nephews. Funeral service noon Saturday, January 14, 2017 at Emmanuel Baptist Church in Duluth Heights, 1505 Eklund Ave preceded by the visitation one hour beforehand at 11am. Pastor David Mork officiating. Burial at Oneota Cemetery in the spring. Memorials preferred.

To send flowers to the family in memory of Linne Peleski, please visit our flower store.