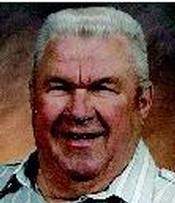 Lloyd joined the U.S. Marines during World War II and served in China. As a result of the call to war, he proudly celebrates his graduation as a mighty Hunter from Denfeld High School with his graduating class of 1945 classmates and the class of 2000 with two of his grandchildren. He was united in marriage to Delores Doup on June 10, 1950.

Lloyd was a hardworking man who was employed at Railway Express, Northern Pacific Railroad, Duluth Truck Leasing (Jeno's), Cummins Diesel, and the Burlington Northern Railroad. He, along with his wife, Dee, volunteered distributing Meals on Wheels for 14 years.

He was a member of N.A.R.V.R.E., the American Legion, China Marine, and the Denfeld 1945 Reunion Committee.

Lloyd was an avid outdoorsman and was passionate about deer hunting and fishing seasons with his sons, grandsons, and friends. His favorite places include the deer shack near Comstock Lake, Saganaga Lake in the Boundary Waters, bleachers at the Minnesota Vikings, Twins, and annual high school hockey tournament games, and any and all family sporting events and gatherings. He embraced family games of cribbage and enjoyed working on all types of puzzles. He was a jack-of-all trades and shared his talents in carpentry and mechanics with family and friends. He was honored to participate in the Honor Flight Northland to Washington DC in 2012. Lloyd was outgoing and treated strangers like friends.

He was preceded in death by his parents, Albert and Florizel Johnson; his brother, Donald Johnson; and sisters, Evelyn Kirk and Betty Olsen.

Lloyd and his family would like to thank the management and staff at Viewcrest Health Center for their loving care and attention to him and his family.

To send flowers to the family in memory of Lloyd Johnson, please visit our flower store.