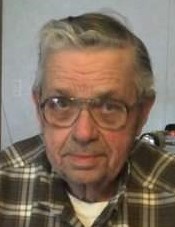 Lloyd Roger Olson, Sr., 80, of Duluth, died Saturday, January 4, 2020 at Viewcrest Health Center.  He was born in Duluth June 4, 1939 to Erling Henry and Ursala (Nadesky) Olson.  Lloyd was a 1957 graduate of Denfeld High School.  Following high- school he enlisted in the U.S. Army.  He married Rowena Morgan on September 30, 1961 in Alexandria, VA.  A truck driver for 35 years, Lloyd was employed by AEOA Transportation for 17 years, taking people to their doctor appointments. He was a member of Teamsters #346, the VFW, an active member of (AREC) Arrowhead Radio Amateur Club, call letters KC0SJB, the Civil Defense Agency, and a volunteer for Grandma’s Marathon for over 10 years.  Lloyd was the first patrolman for Midwest Patrol, and had the first canine patrol.  He was a former member of the Minnesota Army National Guard 109th Lt. Equip Maint. Co.  He was preceded in death by his parents, brother Mike, and daughters-in-law Selma Sue Olson and Kelly Olson.  He is survived by his wife of 58 years, Rowena; his sons Lloyd, Jr., of Williams, MN, Bruce of Superior, WI. and Kelly Goggleye of Rush City, MN ; his granddaughters Katariann Hommel, Janell (Joel) Benson and SueAnn  Olson; his great-grandchildren Jemica, Hazel, Abel and Kendra; his half brother Gregory (Peggy) Olson of Bozeman, MT.; and many other relatives and friends.  Lloyd’s family would like to thank the St. Luke’s doctors and staff, Viewcrest Health Center staff and the Fresenius Kidney Care staff for their care.  Visitation:  Friday, January 10, 2020 from 10-11AM, followed at 11 AM with the memorial service at Williams Lobermeier Boettcher Funeral Home.  Inurnment will be at the Minnesota State Veterans Cemetery-Duluth.  If so desired, memorials may be directed to the family.  Arrangements by Williams-Lobermeier-Boettcher Funeral Home, Duluth, 218-624-1059.

To send flowers to the family in memory of Lloyd Olson, Sr., please visit our flower store.