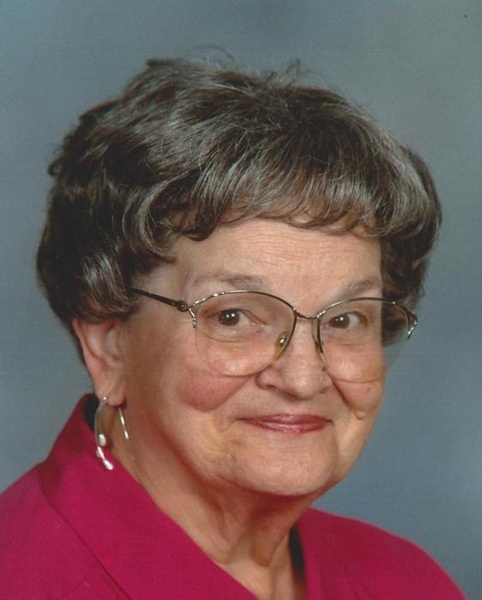 Lois M. Blazevic Popovich Pelander, 88, born March 8, 1931,  in Duluth, MN to Victor C. and Agnes M. (Kreminski) Blazevic, died peacefully  January 16, 2020 in Duluth with family by her side. Lois always had her flower gardens, spending hours planting, arranging and weeding. She had been a member of the Midway garden club for many years. But the green-thumb gene by-passed her sons. Her faith helped her throughout her life. Being widowed at a young age and having three young boys, the oldest almost 4.  She made clothes for us. Took typing jobs to do at home in the evenings. With her voice she sang at many weddings and funerals.  She worked at The Duluth Register (Catholic newspaper), Saulter Stevedoring, the Referee in Bankruptcy office, Midway Oil, and Small Business Specialists.  She often brought us to Pattison Park for swimming and picnic supper, after she got home from work. Provided chores were done around the house and lawn mowed. She taught religion classes, been a cub scout den- mother. Support of all of us throughout our years, boy scouting and playing hockey. Occasionally, having an over flowing car load to bring us to scouting events or hockey games. When Michael obtained his driving permit, Ma opted to take us out West to California to meet and visit the Popovich side of the family.  With Mike and Ma doing the driving. And Mark pointing out” Mike trying to be a racecar driver in the mountains”, and Ma yelling at him to slow down and stay in his lane. In 1970, Lois married Lester Pelander.  She enjoyed dining out and dancing with Les, going to the deer shack, or the ice house on Fish Lake and Lake Mille Lac for many years.  She traveled with Les to Yugoslavia when Rodney was touring with the Duluth Accordianaires. When Rodney started working for the airlines, they traveled even more, never missing a chance to visit the grandchildren in Colorado. She enjoyed it when Peyton and Parker would visit her at St. Ann’s and getting up to Ashley’s and Louise’s for the kids birthday parties.  And more recently, while living at St. Ann’s residence. Ma poured herself onto the floor when getting out of bed. An aide was waiting for help getting Ma back on her feet. Kaver and Kristen stopped by for a visit with the newest great-granddaughter. Mom couldn’t wait to hold Annika. She was still on the floor!  She had been the go-to family member to contact everybody with family news. She certainly liked to talk, not so much gossip, but somehow could speak of 3 or 4 different subjects at one time. Lois was a member of the Midway Flower Club, Slovenian Woman’s Union, the Lois Club, Citizens Federation NorthEast, United Steelworker 1028 Retirees, American Legion Auxiliary, and probably several other groups we’ve forgotten about. She was preceded in death by her parents; husbands, Raymond L. Popovich and Lester E. Pelander; son, Mark R. Popovich; step-sons, Dennis O., Rodney A. and Donald B. Pelander; siblings, Victor, Jerome, Cecilia Anderson, Timothy and Paul.  Survived by sons, Michael (Debbi), Lee (Laurie) Popovich; five grandchildren, ten great-grandchildren; siblings, Raymond B., David B., Agnes Jones, Millicent O’Connell, Monica Rollings, Lizbeth Lincoln, Clement B.,  Rosemary Miskulin and Vencenta McKeever, and a multitude of nieces and nephews.  She was #7 of 15 children, which she was very proud.  Visitation 11 a.m. until the 12 Noon Memorial service Sunday, February 16, 2020 at St. Elizabeth Catholic Church, 610 99th Ave. West, Duluth, MN.

To send flowers to the family in memory of Lois Blazevic Popovich Pelander, please visit our flower store.