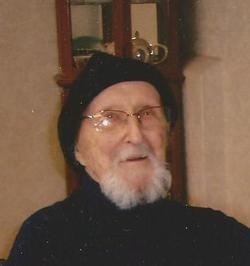 Louis Leo Kanuit, 96, of Duluth, died Tuesday, June 9, 2015 at Bayshore Health Center. Louis was born on May 16, 1919 to Laura and Albert Kanuit in Duluth. Following graduation from Civil Service School, he accepted a position in Washington D.C. with the government. In 1942 he entered the U.S. Army and saw action in France, Belgium, Holland, Germany, and Battle of the Bulge. After the war, he returned to D.C. and then transferred to Germany. Louis married Elly Zorn in Frankfort in 1951. In 1952, he returned to Duluth and worked for Western Electric. He then transferred to Oklahoma City as Section Chief and retired in 1975, and returned to Duluth. Louis enjoyed gardening and his cats, Whitey and Pumpkin. He was preceded in death by his wife Elly, and brother, Tom. Louis is survived by a sister, Rita (Royal) Miller and several nieces and nephews. The family would like to thank the staff at Bayshore for the loving care they gave Louis. Visitation 1 until the 2 p.m. funeral service Monday, June 15, 2015 in the Bayshore Chapel. 1601 St. Louis Ave. Pastor Craig Carlson officiating. Burial at Polish Catholic Cemetery accorded by the Duluth Combined Honor. To sign the guestbook on line, visit www.wlbfuneralhome.com. Williams Lobermeier Boettcher Funeral Home is entrusted with final care.

To send flowers to the family in memory of Loius Kanuit, please visit our flower store.