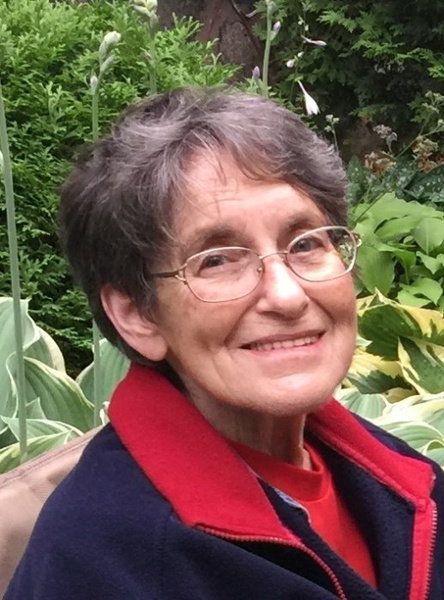 Margaret Patricia Heffelfinger, 78, of Duluth, passed away peacefully on Thursday, February 7, 2019 at the Solvay Hospice House with two of her many loved ones, Lisa and Andy by her side. She was born in Duluth on October 9, 1940 to Joseph T. and Olive P. Colt. Margaret attended Duluth schools and upon graduation, married and had three sons. She lived in Panama City for some time while raising her three young sons. Margaret moved back to Duluth in 1974 and began working as a cook for St. Mary’s Hospital. She was very proud to have served as a dedicated employee for 28 ½ years before her retirement in 2003. And all the while working full-time, Margaret helped a great deal in caring for her mother during her later years. Upon retirement, she enjoyed working in her yard, walking on the Lake Walk, looking at the Moon every chance she had, visiting with loved ones especially her “Brother Bill” and caring for her sweet dog, Scooter. Margaret was preceded in death by her parents; a brother, John “Jack” Colt; a son, William John Pettit and a nephew, Jim Askelson. Margaret is survived by two sons, Thomas L. Pettit Jr., of Farmington, MN and Joseph R. (Lori) Pettit of Kenosha, WI; two sisters, Liz Askelson of Duluth and Joanne (Don) Olson of Babbitt, MN; two brothers, William (Phyllis) Colt of Duluth and Joseph (Carol) Colt of Scanlon, MN; her grandchildren, Catie, William, James, Billy, Joey, Megan and Emily; four great-grandchildren and many nieces, nephews and dear friends. Her family and friends wish to deeply thank Renee and Lisa for their care in her final days, and the amazing staff at Solvay Hospice House for caring for Margaret with such respect, kindness and gentleness during her last days. At Margaret’s sincere request there will be no formal funeral service. However, there will be a Celebration of Her Life for family and friends to be held in the springtime. Arrangements by Williams Lobermeier Boettcher Funeral Home.

To send flowers to the family in memory of Margaret Heffelfiinger, please visit our flower store.