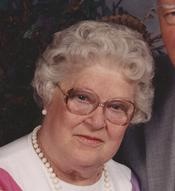 Marian Louise Bostrom 86, formerly of Pike Lake, died Saturday October 20, 2012 at Heritage Haven. She was born May 14, 1926 to Alvah and Ruth (Erickson) Schnuckle. Marian attended school at Ensign Elementary, Lincoln Jr. Middle and Denfeld High School, graduating in 1944. After graduation she enrolled in Business school. Upon completion she went to work for Bridgeman Russell Company. Later Marian took an office position for the Duluth Superior Transit Co. (now the DTA). At the DST Co. she met Richard (Dick) Bostrom. They were married June 11, 1949. They celebrated 61 years of married life until Dick died January 11, 2011. Marian retired from the DST Co. in 1972. She enjoyed playing Bridge, Golfing and Cross Country skiing with her Pike Lake friends and neighbors. Marian was an accomplished cook and baker and enjoyed entertaining, especially for the holidays. Marian was preceded in death by her husband and her parents. She is survived by her brother and sister-in-law, Richard and Elizabeth Schnuckle, three nephews and 4 nieces and several cousins. The family extends thanks for the loving and patient care given by the staff of Heritage Haven. A Memorial Service will be held 11AM, Thursday, October 25, 2012 at The Lutheran Church of The Holy Trinity, 2701 West 3rd St. Visitation will be 10 AM to 11AM. Pastor Greg Daher will officiate. Memorials may be directed to The Lutheran Church of The Holy Trinity or the Food Shelf of your choice. Arrangements by Williams-Lobermeier-Boettcher Funeral Home.

To send flowers to the family in memory of Marian Bostrom, please visit our flower store.