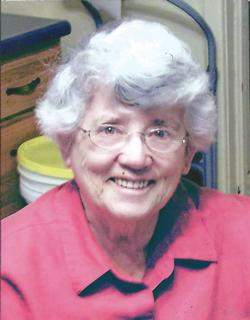 Marilyn J. MacInnes, age 87, Duluth, died March 23, 2017 at Diamond Willow in Proctor. She was born in Duluth on November 15, 1929, to Ed and Stella Teetz. Marilyn was a 1947 graduate of Denfeld High School and later married James MacInnes on June 11, 1949 in Duluth. She had worked as a cook at Lake Haven Manor. Marilyn was a member of Haven Evangelical Church. She is preceded in death by her parents, son Randy and daughter Barbara MacInnes and sister Jean Watson. Marilyn is survived by her husband, James, children Pastor Jim(Joy)MacInnes, Dan(Tina)MacInnes and Mike(Inga Mai)MacInnes, 17 grandchildren, 12 great-grandchildren and sister Kay Hauser. Visitation from noon until the 1PM Funeral Service Wednesday March 29, at Williams-Lobermeier-Boettcher Funeral Home. Burial at Oneota Cemetery.

To send flowers to the family in memory of Marilyn MacInnes, please visit our flower store.