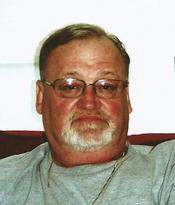 Mark E. Chumich, 62, of Duluth, died Friday, August 10, 2012 in the Solvay Hospice House surrounded by his family. Mark was born in Duluth on July 25, 1950 to George and Shirley Chumich. He was a 1968 graduate of Denfeld High School and received a degree in speech from UMD. Mark worked as a sheet metal worker and was a member of the Local #10 and also worked as a stage hand at the DECC. He was a member of Peace United Church of Christ, Gamma Theta Phi while at UMD, active in many Pool and Cribbage Leagues, and Thursday Night Domino Tournaments. For the past several years, Mark would spend several weeks in Jamaica, where he met many friends and would always bring the locals clothing, jewelry and toys. Mark had many friends from all walks of life. He was preceded in death by his parents. He is survived by a daughter, Morgan Chumich of Duluth; two sisters, Georgeann (Gary) Torfin of Eagan, MN and Candy Chumich of Duluth; a brother, Randy (Brenda) Chumich of Proctor; nieces and nephews, Stephanie and Matthew Torfin and Justin and Megan Chumich and his furry friend, Marvin. The family thanks Essentia Hospice Staff, Solvay Hospice House, Peace United Church of Christ and the "Thursday Night Domino Family" for all the wonderful care and support they have provided the last 10 months. Visitation will be from 10 until the 11 a.m. Celebration of Life service Wednesday, August 15, 2012 in Peace United Church of Christ, 1111 North 11th Ave East. Rev Kathryn Nelson officiating. To sign the guest book on line, visit www.wlbfuneralhome.com. Arrangements by Williams Lobermeier Boettcher Funeral Home.

To send flowers to the family in memory of Mark Chumich, please visit our flower store.