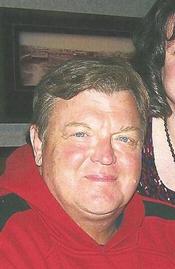 Mark Warren Sundstrom, age 58, Proctor, died January 15, 2014 at his home surrounded by his family. He was born in Duluth on June 19, 1955 to Warren and Charlene Sundstrom. Mark was a 1973 graduate of Denfeld High School and later graduated from UMD. He married Michele Ellefson in Duluth on September 24, 1988. Mark was a member of the MN Army National Guard for 20 years and served as a recruiter for 17 of those years. He also worked for the BN Railroad for over 10 years and 27 years at the Proctor Municipal Liquor Store. Mark was a member of St. Rose Catholic Church, Proctor Moose and the 106 American Legion Post. He was preceded in death by his sister Kathleen Sundstrom. Mark is survived by his wife of 25 years, Michele, daughters Jessica(Dustin Cupp)Sundstrom, Amy(Allen)Haedrich, Markelle Sundstrom, Kimberly Sundstrom and Megan Sundstrom, sons Jared Sundstrom and Nicholas Sundstrom, parents Warren and Charlene Sundstrom, brother Timothy(Sandy) Sundstrom, sister Patricia(Chris)Donald and grandchildren Ashley, Jayden, Deven, Dana, Sydney, Tyler, Alhias, Aubrianna, Nathan and Chayse. Visitation Sunday 3-5PM at St. Rose Catholic Church, 3 Sixth Ave. Proctor and continues from 10AM until the 11AM Mass of Christian Burial Monday at St. Rose. Burial at Forest Hill Cemetery. Military Honors accorded by the Combined Duluth Honorguard.

To order memorial trees or send flowers to the family in memory of Mark Sundstrom, please visit our flower store.