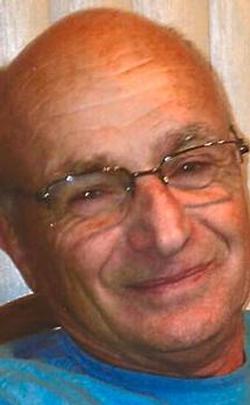 Mark Howard Witherspoon, 68, Duluth, died unexpectedly September 24, 2015 at Essentia St. Mary's Hospital in Duluth. He was born in Davenport, Iowa, on Jan. 30, 1947 to Howard and Amelia Witherspoon. He was a 1965 graduate of Spring Lake Park High School in Spring Lake Park, Minn. He was an Army Veteran, serving in Viet Nam in 1968 to 1970. He was a graduate of the Area Vocational Technical Institute with a degree in Electrical Drafting and Design. Mark married Pattie Klund on Oct. 26, 1974. He had worked as a letter carrier for the U.S. Postal Service for 33 years. Mark was an active member of the former Christ The King Lutheran Church, Duluth and was a current member of Christ Lutheran Church, Superior. He was preceded in death by his parents. Mark is survived by his wife, Pattie; children Kevin, Minneapolis, Keith (Wendy), Edina, Katie (Mark) Gunderson, Hermantown, Kristin Witherspoon, Seattle, Wash. Mark loved spending time with his grandchildren, Evan, Mya and Colin Gunderson and Madelyn, Amelia and Olive Witherspoon. VISITATION: 12 Noon until the 1 p.m. Memorial Service Monday in Christ Lutheran Church, 320 North 28th St, Superior, WI. Williams-Lobermeier-Boettcher Funeral home is entrusted with final care.

To send flowers to the family in memory of Mark Witherspoon, please visit our flower store.