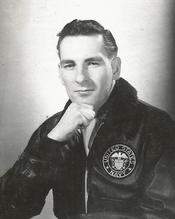 Martin Eddy Erickson, 67, of Duluth, died Tuesday, September 18, 2012 in Solvay Hospice House with his wife, Marcia at his side. He was born in Duluth on February 24, 1945 to Carl and Sophie Erickson. He attended Central High School and earned his carpentry degree from Duluth Vo-Tech. Eddy served in the U. S. Navy aboard the USS Camden during Vietnam. He returned to Duluth and continued his career as a carpenter for over 45 years, working on various buildings and bridges in Duluth. Eddy was a member of the Carpenters Union Local 361 where he received his 50 year membership pin, and the American Legion Post 71. He was preceded in death by his parents. He is survived by his wife, Marcia; a brother and a sister, both out of state and nephews and nieces. Visitation will be from 10 until the 11 a.m. funeral service Monday, September 24, 2012 in Grace Lutheran Church, 5454 Miller Trunk Hwy. Pastor Phil Berge officiating. Burial in Park Hill Cemetery accorded by the Duluth Combined Honor Guard. To sign the guest book on line, visit www.wlbfuneralhome.com. Arrangements by Williams Lobermeier Boettcher Funeral Home.

To send flowers to the family in memory of Martin Erickson, please visit our flower store.