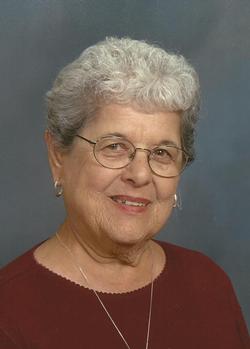 Mary C. (Arezzo) Francisco, 92, formerly of North 42nd Ave West, died Thursday, March 19, 2015 at Golden Oaks in Proctor. She was born on August 7, 1922 in LaSalle, IL to William and Frances Arezzo. Mary was a Duluth resident most of her life, working as a telephone operator and at the family owned Francisco's Bakery in West Duluth. She married Joseph C. Francisco on June 17, 1946 in St. James Catholic Church. She then worked for the J.C. Penney's Co in West Duluth and later at Miller Hill Mall, retiring in 1985. She was a member of St. James Catholic Church, St. Margaret's Guild and the Catholic Women's Order of Forester's. Mary is remembered by her family as a selfless caregiver for those she loved. She merged the celebration of family with the art of feasting, taking great pride in stuffing bellies with her gourmet Italian cuisine and filling hearts with her perfected recipe of love, nurturing, and concern. Her nurturing instincts are alive and well in the memory banks and recipe books of the beautiful family tree she created. She was preceded in death by her parents; her husband, Joseph; brothers, Michael and Ralph Arezzo. She is survived by a son, Mark (Lisa) of Duluth; two daughters, Linda Minne of Hibbing and Barb (Michael) Farrell of Duluth; a brother, Vincent Arezzo of Duluth; seven grandchildren, James "Jamie" McNamara, Kelly Edlund, Nikki Thurnau, Gina Farrell, John Farrell, Karly Farrell and Joseph Francisco; seven great-grandchildren and one on the way; many nieces and nephews. Memorials to St. Mary's/Essentia Health Home Hospice Program would be appreciated. Visitation 5 to 7 p.m. Thursday, March 26, 2015 in Williams Lobermeier Boettcher Funeral Home with Wake services at 5 p.m. Visitation will continue from 10 until the 11 a.m. Mass of Christian Burial Friday in St. James Catholic Church, 721 N 57th Ave West. Rev Fr. James Bissonette officiating. Burial in Calvary Cemetery in Superior, WI.

To order memorial trees or send flowers to the family in memory of Mary Francisco, please visit our flower store.