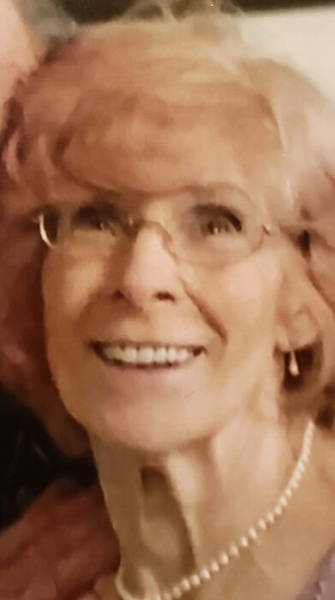 Mary Ann Ryan-Wagner, 82, formerly of Duluth, passed away quietly on May 20th, 2021 in Arizona. She was born on Minnesota’s Iron Range on April 9th, 1939 Mary Ann contracted both Polio and Rheumatic Fever as a child which left her childhood days spent between Duluth and Gilbert for her many surgery’s, physical therapy, and recovery.  Despite her handicap, Mary Ann went on to birth two sons Steven Mark and Howard James and have a long and active career of 30 plus years working for the U S Air Force as a Health Benefits Advisor where she was recognized many times with the Civilian of the Quarter Award for her role in advocating for the men and women (and their dependents) who serve our great country. She was stationed at the Duluth AFB, Grand Forks AFB and Luke AFB outside of Phoenix AZ.  At her retirement, Mary Ann was presented with a folded flag by her commander that President Bush had flown over the US Capital in her honor along with a citation signed by Senator John McCain and representatives of both the House and Senate honoring her…. “Ms. Ryan’s dedication, can do attitude, strength and patriotism…. Encompass the American spirit and reflect proudly on herself, her department and the United States of America…”  While in her 70’s, Mary Ann married James Wagner and the newlyweds went on to enjoy the adventures of Snow-Birding (Living between Arizona and St Michael Minnesota), volunteering, active involvement in the church and community, and of course watching the Minnesota Twins. Sadly, James passed away in October of 2020.

In her 82 years. Mary Ann touched countless hearts and souls, each one becoming a sort of family and friend… A truly remarkable life. She was preceded in death by her parents.  She is survived by her sons Steve Ryan and Howard Ryan, grandchildren Heather, Angela, Erik, and Amber, great-grandchildren Abigail, Aiden, and Asher, brothers Joseph Dosan and Tony Skenzich, cousins William, David, Beth, Margie, along with too numerous to count remaining family and friends.  Visitation will be held on Saturday June 5, 2021 from 10AM until the 11AM Memorial Service in Williams-Lobermeier-Boettcher Funeral Home.  3208 W. 3rd St. Duluth, MN 55806.  218-624-1059.  Burial will be in Oneota Cemetery.

To send flowers to the family in memory of Mary Ryan-Wagner, please visit our flower store.