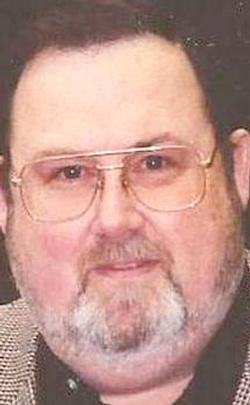 Michael William Anderson, 69, Duluth, died Sept. 28, 2015, at his home after a courageous battle with cancer, with his loving wife by his side. He was born in Duluth on Dec. 4, 1945 to Leonard and Blanche Anderson. Mike was a 1963 graduate of Clover Valley High School and had attended UMD from 1963-1966. He was an Army veteran of the Viet Nam Era. He got to the rank of Sargent First Class E7. He continued to serve in the Army Reserve for 20 years. Following his retirement Mike served as Unit Administrator for the 367th BN, Charlie Company, Duluth. He married his wife, Brenda, in Duluth on April 23, 1994. Following his military retirement, Mike and Brenda opened Marshall the Moose Day Care, which they ran for five years. He later worked as a campground host at various state parks in the area. Mike enjoyed the outdoors, camping, fishing, and traveling. One thing that was on his bucket list to travel to Alaska, he accomplished that in 2010 with his wife. Mike was preceded in death by his parents; brother Bud; sister Genie, and brother In-law Bill. He is survived by his wife of 21 years, Brenda; children Jason, Jolene, Rebecca and Jennifier; grandchildren Vincent, Trey, Gabrielle, Steven, Garrett, Ella, Anja, Callaway, Jojo, Iris; nephews and nieces Frank (Susan), Steven (Yvonne), David, Scott (Ann Marie), Su (Ron), Nancy (Larry); sisters-in-law Dolores and Mickey (Darryl). VISITATION: 10 a.m. until the 11 a.m. Memorial Service Friday Oct. 9, 2015, in St. Lawrence Catholic Church, 2410 Morris Thomas Road, Duluth. Interment Calvary Cemetery. Military Honors accorded by the Combined Duluth Honor Guard. Williams-Lobermeier-Boettcher is entrusted with final care.

To order memorial trees or send flowers to the family in memory of Michael Anderson, please visit our flower store.