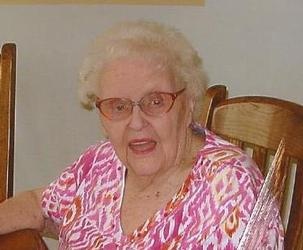 Muriel Dorothy Bodin Axtell, 98, of rural Duluth, passed away on June 8, 2016. Muriel was born to Ernest and Ida Bodin in Duluth, on May 27, 1918. She grew up in Duluth's West Duluth/Lincoln Park neighborhood. She attended Bryant Elementary, Lincoln Junior and graduated from Denfeld High School in 1936. Muriel graduated from Central Michigan University in 1960 with a Bachelor of Arts Degree in Elementary Education. Muriel completed some graduate classes at UMD and UWS. Muriel taught at the elementary level in Central Michigan before returning to Minnesota. She was a second grade teacher at Leach Elementary School in Cloquet for 18 years before retiring. Muriel was a long time member of Maple Grove homemakers and New Life Covenant church. In her retirement she volunteered at Munger Elementary tutoring students in reading and math. Muriel was proceeded in death by her parents, Ernest and Ida; her twin sister, Margaret Wick; sisters, Virginia Olson and Donna Wolean; her brother, Allan Bodin and her husband John Edward Axtell. Muriel was united in marriage on August 4, 1945 to John Edward Axtell. Muriel and John lived in Southern Florida and Central Michigan before returning to the Duluth area. Muriel loved being a second grade teacher, playing card games, our large family gatherings and a cup of hot coffee. She was a caring and involved grandmother in her grandchildren's lives and activities. Muriel is survived by her brother Donald (Alyce) Bodin; a son Allan (Kathleen) of Solway township; a daughter Sally Axtell Ferrazzi of Solway township; grandchildren Heather Axtell of Duluth, Holly (Jeff) Orr of Green Bay, WI, Thomas (Renae) Axtell of Minneapolis, Abbey Ferrazzi of Solway township and Wesley Ferrazzi of Montana; four great granddaughters; along with ten nieces and nephews and their growing families and her special friend and shopping buddy Barbara Anderson of Duluth. Visitation 10AM until the 11AM Memorial Service Friday June 24, 2016 at Grace Lutheran Church, 5454 Miller Trunk Highway, Hermantown. Williams-Lobermeier-Boettcher Funeral Home is entrusted with final care.

To send flowers to the family in memory of Muriel Axtell, please visit our flower store.