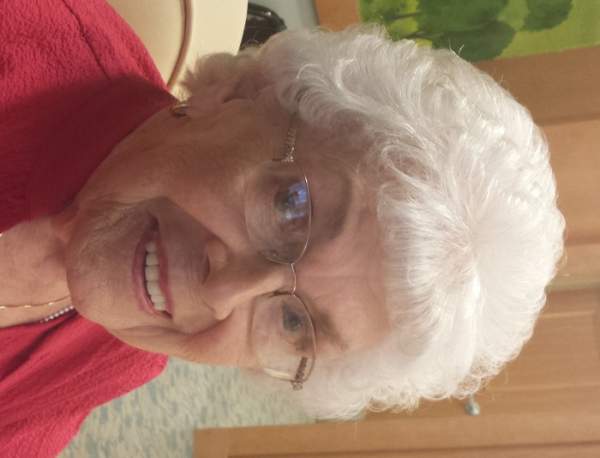 Muriel Joyce (Nystrom) Thorp, 89, passed away on April 21, 2017 in her home in Plymouth, Minnesota surrounded by her loving family. Muriel was born in Duluth, Minnesota on April 14,1928 to Walter R. and Dagny (Tallakson) Nystrom.

She graduated from Denfeld High School in 1944 at the age of sixteen. The following week she went to work for Diamond Tool as secretary to the superintendent and as a payroll clerk. In 1954, she reduced her hours to part-time so she could raise her three sons. She left Diamond Tool in 1969 and went to work for the J. J. Thorp and Company grocery business. She retired in 1985.

Muriel and John resided for seventeen years in their lake home at Sand Lake in Moose Lake, Minnesota before returning to Duluth in 2002. From 1985 until 2013, they wintered in Lake Havasu City and then Sun City, Arizona. In 2013, she and John moved to the Waters of Plymouth Assisted Living in Plymouth, Minnesota.

Muriel volunteered at the Moose Lake food shelf and at the St. Luke’s Hospital gift shop in Duluth. She enjoyed singing in her church choirs, the Autumn Voices Choir of Moose Lake and the Colomonde Barbershop Chorus in Lake Havasu City. Besides singing, her hobbies were oil painting, knitting, and playing the piano and organ.

She was preceded in death by her husband John in 2016, and by her parents. She is survived by her sons Timothy (Phyllis) of Duluth, David (Deborah) of Brooklyn Park, Minnesota, and Peter (Kristin) of Plymouth, Minnesota; her grandchildren Jason (Angela), Daniel (Valerie), Matthew (Theresa), Jeffrey, Alissa, Nicholas and Joshua; and great-granddaughters Marin, Evalina, and Maeve. She is also survived by her sister Gloria Peterson of Golden, Colorado; her sister-in-law Marjorie (Ralph) Anderson of Duluth; and nieces and nephews. Her family meant the world to her.

Visitation will be held on Monday, April 24 from 10AM until the 11AM Funeral Service in Hillside United Methodist Church, 1801 Piedmont Ave., Duluth, MN 55811.  Burial will be in Oneota Cemetery.  If so desired, memorials may be made to Hillside United Methodist Church or to the charity of choice. Arrangements by Williams-Lobermeier-Boettcher Funeral Home, 3208 W. 3rd Street, Duluth,, MN 55811 (218) 624-1059

To send flowers to the family in memory of Muriel Thorp, please visit our flower store.