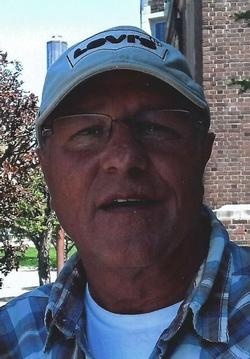 Ralph D. "Lucky" Hayes, 65, of Duluth, died Monday, December 29, 2014 in St. Luke's Hospice with family by his side. Lucky was born on July 25, 1949 in Duluth to Ralph and Georgia (Summers) Hayes. Lucky attended St. Peter and Paul, Cathedral and graduated from Central High School in 1967. Following high school, he sailed on the great lakes with the Pickands Mather Shipping Co, served in the Army during Vietnam where he was a radio operator and supply clerk, receiving a Bronze Star and Combat Infantry Badge. He returned to Duluth and managed Holiday Stores, attended Duluth Skill Center and worked as a welder for Husky Hydraulics in Two Harbors. Lucky then earned his RN degree from St. Scholastica and worked in Breckenridge and Duluth before retiring in 2008. He loved the outdoors, especially walking his dog, Mick, on Brighton Beach and the views of Lake Superior. He was preceded in death by his parents. He is survived by a daughter, Erin (Michael) Holte of Halstad, MN; a son, Nathan Thompson of Hopkins, MN; two sisters, Laura (Ron) Krupa of Hodgen, OK and Rebecca (Larry) Folz of Spicer, MN; two brothers, Daniel Hayes of Duluth and Rocky Hayes of Cloquet; three grandchildren, Korina, Evelyn and Owen; stepfather, Arvle Corley of Duluth. Visitation will be from 1 until the 2 p.m. Memorial service Saturday, January 3, 2014 in Williams Lobermeier Boettcher Funeral Home. Memorials are preferred to the Harbor City Kennel, 2512 Jean Duluth Rd, Duluth MN 55804, as this is Mick's new home, carefully chosen by dad. To sign the guestbook on-line, visit www.wlbfuneralhome.com.

To send flowers to the family in memory of Ralph Hayes, please visit our flower store.