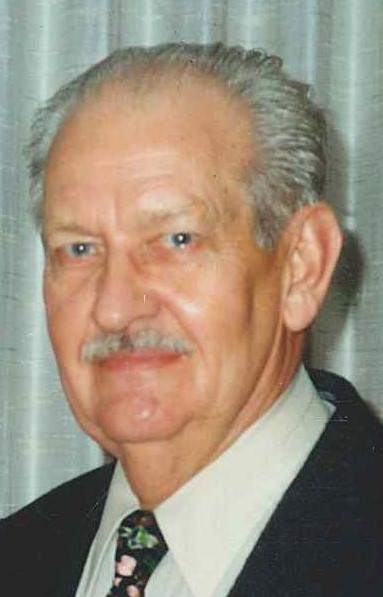 Raymond Morris Lagergren, 94, of Duluth, died Sunday, November 4, 2018 at Essentia Health-St. Mary’s. He was born on November 12, 1923 in Duluth to Hilding and Olga (Anderson) Lagergren. Ray attended Monroe Elementary, Lincoln Jr, and was a 1943 graduate of Denfeld High School. He served in the U S Marine Corps during World War II, fighting at Iwo Jima.  Ray married Carolyn Rindall on May 21, 1949 in Hibbing. Ray worked for Duluth Brass and Aluminum for nearly 40 years, retiring in 1985. He was a former member of the Lutheran Church of The Holy Trinity where he was a Sunday school teacher. He was also a Cub Scout Leader and enjoyed drawing and woodworking. He was preceded in death by his parents; a brother, Milton; a sister, Doris MacMillan; his wife, Carolyn.  He is survived by a son, Clyde (Lynda) of Hermantown; daughters Lynn Adams of Duluth and Kim (Gene) Heikkinen of Chanhassen, Minn.; grandchildren, Jason Lagergren, Kyle Heikkinen, Alex Heikkinen, Eric Lagergren and Kelsey Lagergren; three great-granddaughters and one great-grandson.  Visitation 5 to 7 p.m. Tuesday (Today) in the Williams Lobermeier Boettcher Funeral Home, visitation will continue from 11 a.m. until the 12 noon funeral service Wednesday, November 7, 2018 at the Waters of Life Lutheran Church, 6221 Rice Lake Road. Pastor Timothy Martenson officiating. Military Honors accorded by the Duluth Honor Guard. Memorials to Solvay Hospice House would be appreciated. Arrangements by Williams Lobermeier Boettcher Funeral Home.

To order memorial trees or send flowers to the family in memory of Raymond Lagergren, please visit our flower store.