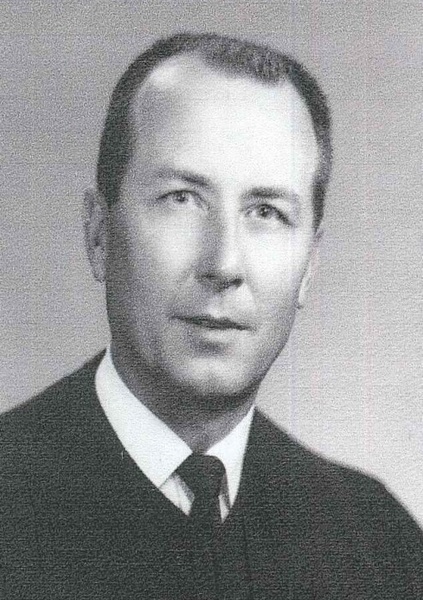 Rev. Dennis G. Schlossin was born to Mr. & Mrs. Bennie Schlossin on November 10, 1926 in Waseca County, Minnesota.  Dennis graduated from Wartburg College in Waverly, Iowa in 1947, and from Wartburg Theological Seminary in Dubuque, Iowa in 1950.  On August 17, 1948 he was married to Margaret Buckler in the Wartburg Seminary Chapel in Dubuque, Iowa.  He served as pastor of St. Paul’s Lutheran Church, Aurora, Iowa from 1951-1955, Trinity Lutheran Church in Hawkeye, Iowa from 1955-1961, and Christ Lutheran Church, Duluth, Minnesota from 1961-1991, at which time he retired from the ministry.  Dennis enjoyed the outdoors, fishing and hunting with his children and grandchildren.

He is preceded in death by his parents and his loving wife, Margaret.

To send flowers to the family in memory of Rev. Dennis Schlossin, please visit our flower store.