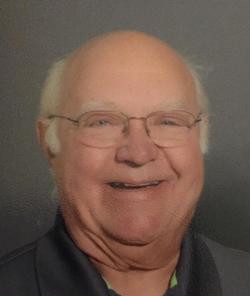 Richard Lee "Dick" Hanson, Sr., 71, of Duluth, MN and Weslaco, TX, died unexpectedly September 5, 2016 at St. Luke's Hospital. He was born in Yakima, WA on November 26, 1944 to Oscar "Sam" and Lorraine Hanson. Dick grew up on Pike Lake and was a 1962 graduate of Proctor High School. He married Theresa "Terry" in Carrington, ND, on July 15, 1957. He was a licensed master electrician and retired as Plant Manager at Louisiana- Pacific in Two Harbors. Dick was a Past Master of Euclid Masonic Lodge. He enjoyed his time at the lake, wood carving, fishing, hunting, flying, but most of all spending time with his kids, grandkids and his dog Sammi. He was preceded in death by his parents and infant sister. Dick is survived by his wife, Terry, children Deb(Milan)Scott, Erika(John)Cashin, Richard Jr.,"Rick"(Connie)Hanson and Emily(Chris)Moe, grandchildren Aaron, Zachary, Cameron, Delaney, Lily, Gracie, Richard III "Trip" and Sam, brother Jeff(Jean)Hanson, niece Heidi and nephew Tim and beloved dog and companion, Sammi. His passing was eased knowing that he was greeted by his good friend Ted Kahn, who passed away 7 years ago to the day. As an organ/tissue donor, Dick will be able to help enhance the lives of others, which was a comfort to his family. Celebration of Life will be Saturday September 10, 2016, 2PM to 4PM, with Masonic Service 3PM, all at the Duluth Masonic Center , 2 W. 2nd St., Duluth. Inurnment Oneota Cemetery. Memorials to the Warrior Dog Foundation, in care of the family, are preferred. Williams-Lobermeier-Boettcher Funeral Home is entrusted with final care.

To order memorial trees or send flowers to the family in memory of Richard Hanson, Sr, please visit our flower store.