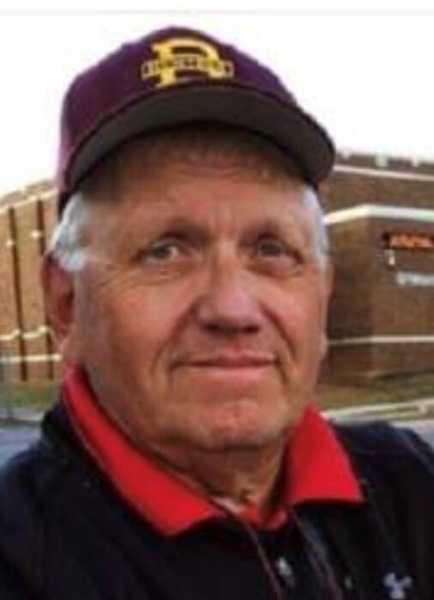 Richard “Swannie” Swanson, 71, of Duluth, passed away peacefully at his home on Sunday, August 16, following a five-month battle with pancreatic and liver cancer.  Dick, a beloved social studies teacher, girls basketball and softball coach, and assistant football coach, dedicated his life to coaching and promoting female athletics in northern Minnesota.  The mayor of Duluth proclaimed May 29, 2016 as “Dick Swanson Day,” at which time the softball fields outside Wade Stadium were renamed Dick Swanson Fields. Dick was able to see the field signs placed in a ceremony held just last week.

As the Denfeld head girls basketball and softball coach, he won over 300 games in each sport, a first-ever achievement. Dick was elected to the Minnesota High School Girls Basketball Association Hall of Fame in 2000.  During his coaching career, he served as president, vice president, and secretary of the Minnesota Girls Basketball Coaches Association.  In 2015, he was nominated for the Girls Fast-Pitch Softball Hall of Fame.  More recently, he served ten years as vice president of the Duluth Denfeld Alumni Association.

Dick was long active in summer sports in various capacities. From 1974 to 1991, he umpired girls and men’s fast pitch softball.  At age sixteen, he helped coach the Skyline Babe Ruth League champion Cubs to two state baseball tournament appearances. He coached summer-league softball for many years and won state tournament titles in 2006, 2010, 2011, and 2016. He had an especially perceptive eye for discerning and teaching proper techniques in his players.  He also had a special magical ability to earn the respect, loyalty, and devotion of his players.  He had the uncanny ability to recall virtually every detail of every play of every game he ever coached.  Another quality that everyone who knew Dick came to appreciate was his wonderful sense of humor, particularly his sarcastic wit.

As the Denfeld head girls basketball and softball coach, he won over 300 games in each sport, a first-ever achievement. As he crafted a career softball coaching record of 347-261, Dick’s teams won one section championship and were runner-up four times.  Over 50 of his softball players went on to play at some level of college ball, and Dick took several teams to the national tournament. Also, as Denfeld’s head coach, he participated in two state tournaments, one in softball (1990) and one in girls basketball (1992). He was named Section Coach of the Year four times in girls basketball and once in softball.  His girls basketball teams won the Lake Superior Conference title six times; his softball teams claimed the LSC title eight times.

Dick taught at Cathedral and Central before starting his career at Denfeld in 1987 where he remained until his retirement in 2010.  He was still coaching softball at Denfeld at the time of his death.

Dick was born in Duluth on November 14, 1948, the second of five children to Harold and Audrey Swanson, both public school educators.  He attended Morgan Park elementary, Ensign elementary, and Lincoln Jr. High before graduating from Denfeld in 1966 and UMD in 1971.  He joined the Navy Reserve in 1969 and served as a Navy radioman from 1971 to 1973.  A devout Christian, he was a member of Water’s Edge Church (formerly known as Temple Baptist Church) where he was active in choir and on the Christian education board.  He was an avid golfer as well as Vikings, Twins, and Gophers (all sports) fan.  He enjoyed watching the birds that gathered on his back deck.

A memorial service will be held in Duluth at 11 a.m. Thursday, August 20, at Wade Stadium.  Visitation will be at 10 a.m with service following at 11am.

Interment will be at Union Cemetery.

Memorials in honor of Dick’s life may be made to Denfeld Girls Basketball and Denfeld Softball.

Social distancing and the use of masks is required outside. The service will be live-streamed from the Williams Lobermeier Boettcher Funeral Home Facebook Page.

To send flowers to the family in memory of Richard Swanson, please visit our flower store.