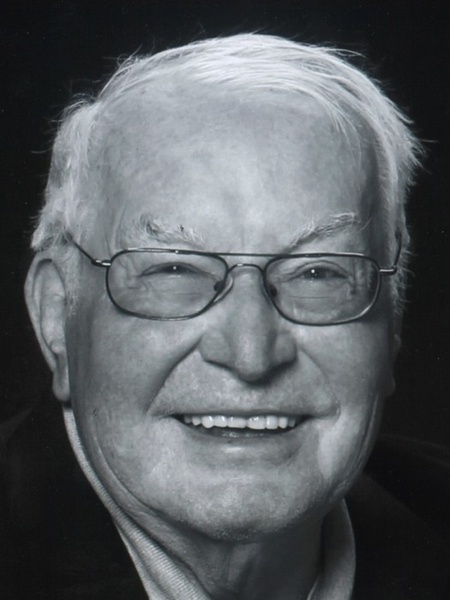 Richard D Wilson, 85, died January 1, 2020, in Princeville-by-the-Sea care home in Westminster, California.  Richard was born in Duluth, Minnesota, to Ludwig Wilson and Ethel (Hedlund) Wilson on July 27, 1934.  He graduated from Denfeld High School in 1952 and the University of Minnesota-Duluth with a Degree in Chemistry and Math in 1957. Richard then taught Chemistry and Math at South High School in Minneapolis, MN. In 1959 he moved to California to work for the rest of his professional career in the Exploratory Chemistry Department of Rocketdyne in Canoga Park, CA.  Richard was an exceptionally gifted rocket scientist, making key discoveries in the fields of oxidizers for rocket propulsion and chemical lasers. Besides his technical expertise, his trademarks were his outstanding people skills.  If anyone at Rocketdyne or its sister divisions had a technical problem, they would come to Richard and ask for his support. His humbleness, kindness, dependability, and his willingness to help others were exemplary and greatly appreciated by his colleagues and friends.  He was a member of the American Chemical Society and the United Kingdom’s Royal Society of Chemistry. Richard had many interests during his lifetime.  He studied geology intermittently during his career. He was a member of the San Diego Fine Woodworkers Association, and made several pieces of furniture for his home.  He was a docent at the Gemological Institute of America, located in Carlsbad California. He enjoyed working with elementary school children to help improve reading skills.  His collections included rocks and minerals, vinyl music records, fossils, vintage slide rules, and space program posters and memorabilia.  He was an avid fisherman, and looked forward to his annual fishing trip to the Minnesota/Canadian Boundary Waters. He also enjoyed traveling throughout the United States and Europe. Surviving are his wife, Joan Schlup Wilson; stepsons, Mark (Barbara) Anderson and Paul (Susan) Anderson; grandchildren, Erica Anderson, Tyler (Austin) Anderson, Megan Anderson, Kaela Anderson and Lindsay Anderson; great-grandchildren, Piper Anderson, Canon Anderson, and Finn Anderson; a sister, JoAnne M. Wilson of Eden Prairie, MN, and a cousin, Bruce (Hannah Rae) Hedlund of St. Louis Park, MN. A Celebration of Life will be held on Saturday, May 30, 2020, 12:00 Noon at Williams Lobermeier Boettcher Funeral Home, 3208 West 3rd Street, Duluth, MN. Burial at Oneota Cemetery.

To send flowers to the family in memory of Richard Wilson, please visit our flower store.